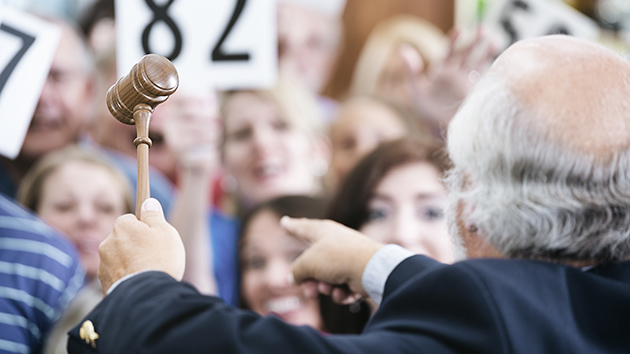 (NEW YORK) — Later this year, Olivia Newton-John is teaming up with Julien’s Auctions to sell items from her storied career — including the famous black pants and leather jacket she wore as Sandy in 1978’s smash-hit “Grease.”The singer and actress told ABC News that it wasn’t difficult to part with them.Since the money raised by the auction will go to her Cancer Wellness & Research Center in her native Australia, the icon, 70, had zero compunction about selling anything, including that outfit.

“I’ve worn them and that was another part of my life, and now it can go to good use and someone can enjoy them,” Newton-John says. “I’m hoping it will end up in a museum somewhere so that people can see them in the future, but if not, a billionaire from China who wants it for his granddaughter…that’s fine too!”But there’s a lot more on the block than just “Grease” items.”I didn’t realize I had so much stuff!” she said. “I had stuff in storage at my house … I had stuff in storage in L.A. My assistant Dana … had scripts and books and things from TV shows” along with “clothing that I’d had on tour.”When deciding what to keep and what to sell, she would ask herself, “Can I let this go?”

What a fantastic day we had yesterday! It was an honor to welcome Olivia Newton-John to our visitor Centre to personally unveil her collection. The Exhibition now open to the public will be running till the 18th of August. pic.twitter.com/kMY7XfGmWD

“And every time the answer [was yes] … because it was going to be won by somebody who’d enjoy it and it would help my … Center,” she explained. “So it was a win-win for me.”But before she packed up Sandy’s pants, she admits she tried them on one last time.”I did, and I wasn’t going to tell anyone unless I could get in [them]!” she said with a laugh. “But thank goodness, at least my legs got in there!”The auction is set for Nov. 2.Newton-John revealed last year that her breast cancer had returned for the third time.When asked if she was scared, she simply said, “No, I don’t go there.””There are moments, I’m human,” she added. But she stressed that “I believe I will win over it.”Copyright © 2019, ABC Radio. All rights reserved.

Mom dying of ovarian cancer shares what she wants women to know about the deadly disease
Jada Pinkett Smith celebrates 50th birthday on ‘Red Table Talk’; ABC to adapt Baratunde Thurston’s ‘How to Be Black’
Ray J responds to rumors of a second sex tape with Kim Kardashian: “This ain’t cool”
Is It Time To Go All-In On The Raiders?
‘Ted Lasso’ Emmy winner Brett Goldstein has been off the market, his comedienne girlfriend confirms
Billy Porter reveals why he wants to say “thank you” to Elizabeth Taylor