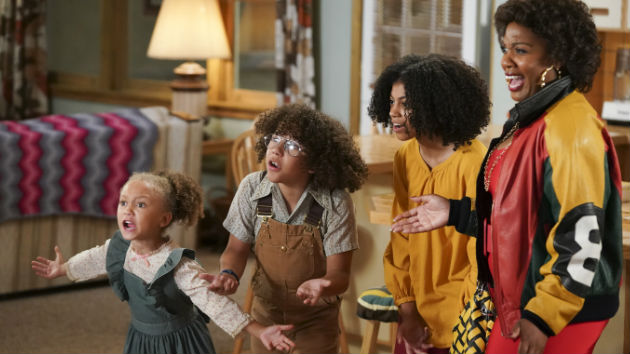 (LOS ANGELES) — Mariah Carey has spoken about how growing up biracial had a huge impact on her — so it’s fitting that she’s been tapped to create the theme song for ABC’s new black-ish spinoff comedy, mixed-ish.

Mariah will write, produce and record the theme song, called “In the Mix,” for the new series, which focuses on the childhood of black-ish character Rainbow Johnson. Tracee Ellis Ross plays the adult Rainbow on black-ish.

On mixed-ish, we’ll follow a young Rainbow as she shares her experiences growing up in a mixed-race family in the ’80s, as her parents move from a hippie commune to the suburbs.

The show’s theme is “finding one’s own identity when the rest of the world can’t decide where you belong.” Mark-Paul Gosselaar and Tika Sumpter play Bow’s parents, while Arica Himmel stars as young Bow.

“As a fan of Kenya Barris’ megahit shows, black-ish and grown-ish, I was inspired to connect with Kenya to find a way we could work together,” Mariah says in a statement.

“As a biracial woman in the entertainment industry, there was no way I did not want to be a part of mixed-ish, especially after seeing the pilot, which I loved,” she adds. “I could not be more honored and proud to be writing and performing ‘In the Mix’ for Kenya and the show.”

You can hear “In the Mix” when mixed-ish premieres Tuesday, September 24 on ABC.