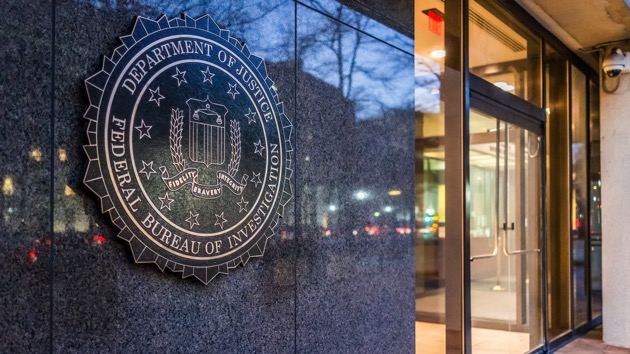 (WASHINGTON) — The FBI has underscored the ongoing threat of copycat shootings from domestic violent extremists in the wake of the El Paso, TX and Dayton, OH mass shootings that left at least 31 victims dead.”The FBI remains concerned that U.S.-based domestic violent extremists could become inspired by these and previous high-profile attacks to engage in similar acts of violence,” the bureau said in a statement later Sunday. “The FBI asks the American public to report to law enforcement any suspicious activity that is observed either in person or online,” the statement said.In the wake of the recent attacks, FBI Director Chris Wray has told senior FBI officials to put together a new threat assessment looking at mass shootings.John Bash, the U.S. Attorney for the Western District of Texas, said Sunday that federal authorities are investigating the El Paso incident as an act of “domestic terrorism,” meaning the suspect was allegedly intent on “coercing and intimidating a civilian population.”Bash said federal authorities are also considering bringing hate crime and federal firearms charges against the accused shooter, Patrick Crusius, that carry the death penatly.”We’re going to do what we do to terrorists in this country, which is to deliver swift and certain justice,” Bash said at a news conference.El Paso authorities are examining what the police chief called a “manifesto” they believe was written by the shooter and shows a possible “nexus” to a hate crime.The FBI is currently investigating nearly 850 people across the United States as possible domestic terrorists, an FBI official said at a congressional hearing in May.The Gun Violence Archive, said in 2019 to date there have been 33,195 active shooter incidents in the United States.The organization defines not just instances where people die in a mass shooting, but also injured.“Rather than just collecting incidents of death, GVA also catalogs incidents where a victim was injured by shooting or by a victim who was the subject of an armed robber or home invader. Incidents of defensive gun use, home owners who stop a home invasion, store clerks who stop a robbery, individuals who stop an assault or rape with a gun are also collected,” the organizations said.The U.S. Secret Service, in its most recent report, says in 2018, 41 percent of the cases had a pre-selected target. Seven of those attacks resulted in “harm to both the targeted person and random bystanders, and in three cases the harm was restricted to just those specifically targeted. In the remaining case, when the attacker could not find his intended targets at their workplaces,he randomly fired at other people associated with the office. In nearly two-thirds of the attacks (n = 16, 59%) harm was directed at persons indiscriminately.”According to the report, 56 percent of attacks in 2018 had stressors related to financial instability. The Secret Service says that “78% of the attackers in 2018 exhibited behavior that caused concern in others, that behavior is not limited to, Social media posts with alarming content , Stalking and harassing behaviors, Escalating anger or aggressive behavior, Increased depression, Changes in behavior and appearance, Increased drug use, Expressions of suicidal ideations, and Erratic behavior.”In cases such as the Tree of Life Synagogue shooting in Pittsburgh, Pennsylvania, the alleged killer posted on social media anti-Semitic messages on social media before the attack. And in Charlottesville, Virginia, James Fields, the man convicted of killing Heather Heyer, sent an Instagram direct message depicting a car plowing over protesters. Copyright © 2019, ABC Radio. All rights reserved.