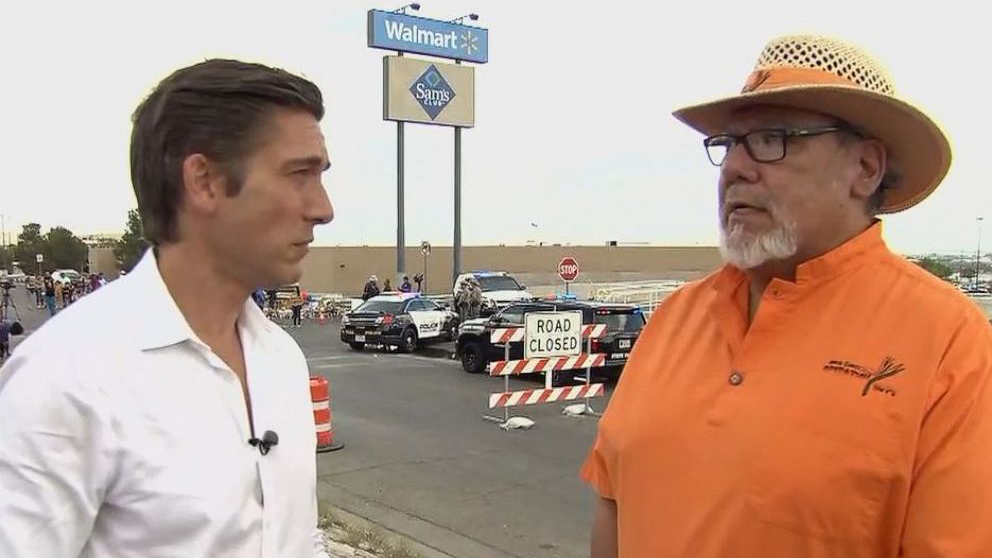 (EL PASO, Texas) — As the El Paso, Texas, community grapples with the massacre at a Walmart that took the lives of at least 22 people and families mourn the loss of their loved ones, one group has been working behind the scenes to make sure that the funerals for all the victims will be financially covered.”I kinda shed a couple tears yesterday as we were making arrangements for the funeral directors, getting them together, pulling them together. … They agreed. It doesn’t matter the number of people. We will go ahead and take care of these people,” Angel Gomez, of Operation H.O.P.E. (Helping Other People Endure), told ABC News’ David Muir on Sunday. “I just want the people to be at ease here in El Paso — family members of the victims — that there will be no cost for their funerals.”Gomez said he’d started Operation H.O.P.E. 22 years ago with a friend to help the El Paso community, providing clothing, shoes and even food. He said the organization had flown children to San Antonio, Texas, for treatment at hospitals at no cost to the families.”We have done funerals in the El Paso community and in New Mexico for a number of years at no cost to the families,” he said.Gomez said that when he reached out to funeral directors in El Paso after Saturday’s shooting to see if they would take care of the affected families, they told him: “It doesn’t matter the number. How high it goes. They will all be covered.”On Saturday, more than two dozen people were wounded in the massacre that erupted at about 10:39 a.m. local time inside a Walmart crowded with shoppers, including children.The suspect was identified by authorities as Patrick Crusius, 21, of Allen, Texas. He is being held on a charge of capital murder, court records show.At least seven of the 22 people killed were Mexican nationals, and nine additional Mexicans were among those wounded, Mexico’s Foreign Secretary Marcelo Ebrard said previously.Gomez told Muir that the Mexican nationalists would also be cared for through the consulate.”[We’ll] take care of crossing the bridge. You know, you have to go from country to country. [There’s] paperwork to take the body over. We’ll do everything,” he said.”We have 22 victims. We will be providing their funeral services, not only in the El Paso area, but we’re going to be sending the bodies once they get embalmed to Juarez, Mexico, Torreon and Chihuahua. And this is all done at no cost to the families. None whatsoever, my friend. As I say, this is how El Paso rolls – as one. We are one community,” he told ABC News Live’s “The Briefing Room” on Monday.”One of the things the funeral homes will do is provide the caskets and embalming and stuff for the victims but one of the things we have to find for them is the cemeteries that we have to go and do the burials and that. That’s something we’ll be tackling later today and tomorrow,” he said.In February 2017, Gomez and his wife, Patsy, paid for a woman and her ailing parents to fly from hurricane-ravaged Puerto Rico to New York. Gomez and Patsy even traveled from their El Paso home to meet the family when they landed.He said Saturday’s massacre had left the El Paso community in shock.”It’s so hard to come up with the words,” Gomez said. “El Paso is such a passive, quiet, city. You know what i mean? We have a beautiful time here.”