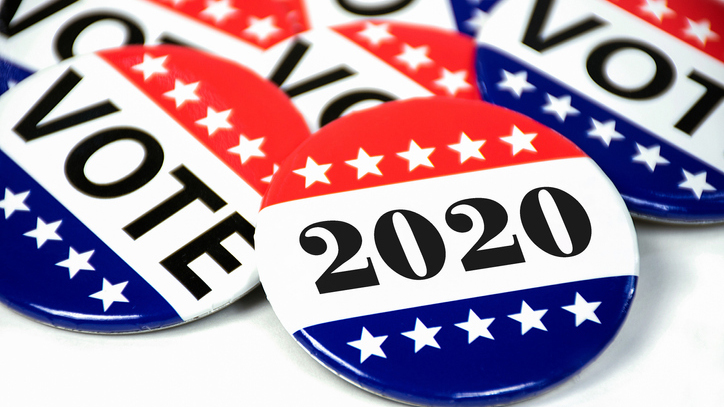 (WASHINGTON) — The Democratic 2020 candidates assailed President Donald Trump and top Republicans in Congress on Monday, renewing calls for legislative action to address mass shootings and delivering a fresh round of blistering criticism of his racist and divisive rhetoric they say promotes white nationalism and spurs a culture of violence.”We’ve seen a rise in hate crimes in every single one of the last three years. The writing has been on the wall since that maiden speech coming down that escalator describing Mexican immigrants as rapists and criminals,” said former Texas Rep. Beto O’Rourke, a native of El Paso, in an interview with MSNBC Monday. “Of course he is racist.””I think the president has to bear some responsibility for creating a culture in the United States around race baiting, around demonizing people of color, about — around demonizing immigrants,” Ohio Rep. Ryan told CNN Monday. “I mean, when you read that manifesto, it looked like it could have been written by a Trump speech writer.”Following a pair of mass shootings only 13 hours apart in El Paso, Texas, and then in Dayton, Ohio, that took the lives of at least 31 victims, several of the 2020 candidates lay the blame at Trump’s feet for imploring violence at campaign rallies, invoking racist rhetoric against immigrants and minorities, and taking little action to alleviate the rampant gun violence in the U.S.Six of the 12 deadliest shootings in the U.S. have taken place in the past five years’ the shootings at the Las Vegas music festival, Pulse nightclub, Sutherland Springs church, Marjory Stoneman Douglas High School, the San Bernardino regional center, and now the Walmart in El Paso, all have occurred since 2015.Four of the five worst gun massacres on the list — including the deadliest, at a concert in Las Vegas — occurred in the past two years. Trump has been president for the last two-and-a-half years.O’Rourke, who has been one of the most vocal and impassioned critics of the president over the last 36 hours for inflaming division, reiterated his outrage, comparing Trump’s administration to the “Third Reich” in Nazi Germany.”The only modern, western democracy that said anything close to this is the Third Reich, Nazi Germany, talking about human beings — talking about them as sub-human,” O’Rourke, who represented El Paso for years in the U.S. House, said in the MSNBC interview. “We’ve seen a rise in hate crimes in every single one of the last three years.”On Monday, President Trump addressed the shootings, and despite condemning white supremacy with some of his toughest language yet, he did not mention background check legislation, which he earlier Monday signaled he was open to if it included immigration reform.”These barbaric slaughters are an assault upon our communities, an attack upon our nation and a crime against all of humanity,” the president said in his mid-morning remarks. “In one voice, our nation must condemn racism, bigotry and white supremacy.”Following Trump’s remarks, Ryan, standing from the site of the Dayton shooting, which sits on the opposite side of the state from his native Youngstown, again rebuked the president and called on Senate Majority Leader Mitch McConnell to “get back to D.C.””Let’s get back to D.C. this week and let’s keep giving [McConnell] other reforms that we want to propose,” he told MSNBC Monday. “But we’re getting no expression, no confidence from Mitch McConnell or Donald Trump. [Trump] should have been in Dayton or El Paso the last couple of days, giving blood, being with people, giving hugs. He should have walked up to the microphone and said ‘on Monday morning we’re calling the Senate back to pass these two bills. Mitch McConnell will send those to my desk. I will sign them."”At least six 2020 Democrats have demanded that McConnell call for the Senate to return to Washington and reconvene to take action on gun violence, including Sen. Elizabeth Warren, D-Mass., Ryan, former Vice President Joe Biden, Sen. Kirsten Gillibrand, D-N.Y., and Sen. Bernie Sanders, I-Vt.Both O’Rourke and Ryan left the campaign trail over the weekend to return to their home states in the wake of the shootings.The presidential hopefuls seeking to deny Trump a second term, in addition to expressing their frustration over the two shootings and Republican inaction, continued to link the Trump presidency to white nationalism, even after his Monday remarks.”Donald Trump is unfit to lead our nation. His words could not be more hollow,” former Housing and Urban Development Secretary Julián Castro, the other Texan from San Antonio, wrote in a tweet. “He says ‘we must condemn racism, bigotry and white nationalism’—but often serves as their national spokesperson. In this national emergency, our president is morally bankrupt. We deserve better.””Let’s be very clear. You use the office of the presidency to encourage and embolden white supremacy. You use words like “infestation” and “invasion” to talk about human beings. We won’t truly speak with one voice against hatred until your voice is no longer in the White House,” Biden tweeted.”His responsibility is to set the tone for America and what he’s done is spew hate and division his entire presidency,” Gillibrand said of the president. “He’s done nothing. All he’s done is pour fuel on a flame that has been burning since he got elected.””He doesn’t lead and he is part of the problem. He is the one that is inciting this violence and inciting this hate,” she added.”We have a president who actively demonizes racial and religious minorities, who coddles Nazis and Klansmen, and who wields white supremacy as a political weapon,” Sanders wrote in a tweet Monday.Warren dismissed Trump’s claims that the shootings are tied to mental illness, video games and the internet, before demanding that the president be called out for echoing “deadly ideologies.””White supremacy is not a mental illness,” she said on Twitter. “We need to call it what it is: Domestic terrorism. And we need to call out Donald Trump for amplifying these deadly ideologies.”