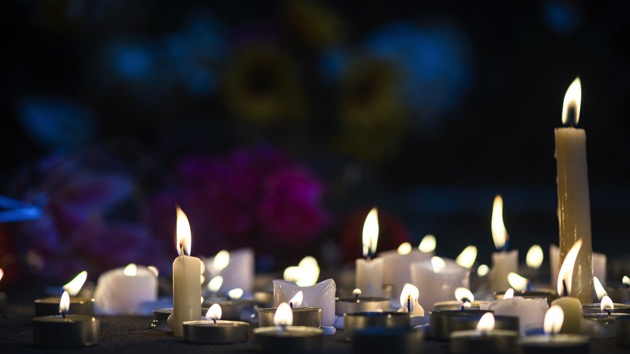 (EL PASO, Texas) — The death toll from a mass shooting at an El Paso, Texas, Walmart, increased to 22 after two more victims died in the hospital, police said.David Shimp, chief executive officer at Del Sol Medical Center in El Paso, said one patient died late Sunday night and another Monday morning.The victims, whose names were not immediately released, were among more than two dozen people wounded in the massacre that erupted about 10:39 a.m. local time Saturday inside a Walmart crowded with shoppers, including children and parents drawn to a back-to-school sale.The wounded ranged in age from 2 years old to 82, according to authorities.News of the latest death came just hours after the El Paso County Coroner’s Officer removed the last victim’s body from the premises.The suspect was identified by authorities as Patrick Crusius, 21, of Allen, Texas. He is being held on a charge of capital murder, court records show.John Bash, the U.S. Attorney for the Western District of Texas, said Sunday that federal authorities are investigating the incident as an act of “domestic terrorism,” meaning the suspect was allegedly intent on “coercing and intimidating a civilian population.”Bash said federal authorities are also considering bringing hate crimes and federal firearms charges against Crusius that carry the penalty of death.Police said Crusius drove more than 600 miles from his home in the Dallas area to El Paso to kill as many Mexicans as he could.Investigators also believe Crusius is the same man who allegedly posted a four-page racist, anti-immigrant document on the dark website 8chan before launching the attack, officials said.”We consider this an act of terrorism against the Mexican-American community and the Mexicans living in the United States,” Mexico’s Foreign Secretary Marcelo Ebrard said in a video statement.At least seven of the 20 people killed were Mexican nationals, and nine additional Mexicans were among those wounded, Ebrard said.Ebrard called the shooting an “act of barbarism.”Copyright © 2019, ABC Radio. All rights reserved.

Mourners pack Gabby Petito’s funeral as parents give emotional eulogies
What is Title 42? Amid backlash, Biden administration defends use of Trump-era order to expel migrants
Trump return to White House ‘would be a disaster’ for US intelligence: Former DHS whistleblower
Pfizer CEO says it’s possible to distribute both boosters and primary doses
3 dead in Amtrak train derailment in Montana
Culture thrives in America’s most Hispanic, Latino state: New Mexico