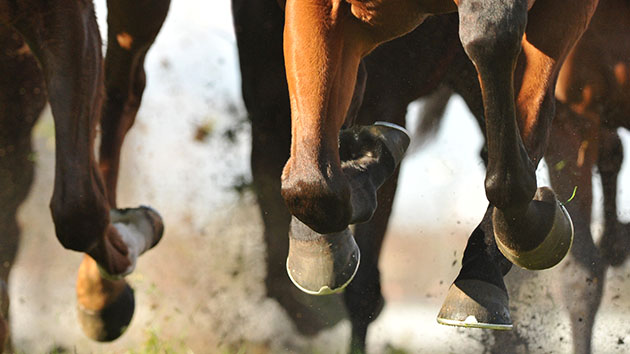 (CHICHESTER, England) – An 18-year-old has made history as the first British jockey to win a major event while wearing a hijab.Khadijah Mellah, an 18-year-old from Peckham in south London, secured a “fairy-tale” victory at the famed Goodwood racecourse, in Chichester, England, on Aug. 1.Mellah, the BBC reported, first mounted a racehorse in April and began properly galloping only about a week before the race.She beamed and shared high-fives with a fellow rider after crossing the finish line ahead of 11 other female amateur jockeys in the Magnolia Cup, a charity race for non-professional riders on the opening run of Ladies’ Day, the third day of the five-day event.

A fairytale win for Khadijah Mellah as she is victorious in the Magnolia Cup!#MagnoliaCup #GloriousGoodwood pic.twitter.com/Q0w2npv6pH

— Goodwood Racecourse (@Goodwood_Races) August 1, 2019 This year’s Magnolia Cup was run in support of “Wellbeing of Women,” a leading U.K. women’s reproductive and gynecological health charity.Leading women from the fields of business, sports, fashion and media competed, including former Olympic cycling champion Victoria Pendleton, at one of the most highly regarded horse racing events in Britain.Mellah took up riding about seven years ago after discovering “Ebony Horse Club,” a community riding center dedicated to transforming the lives of young people growing up in some of London’s most disadvantaged areas. Goodwood Racecourse described her victory as a “fairy-tale win.”