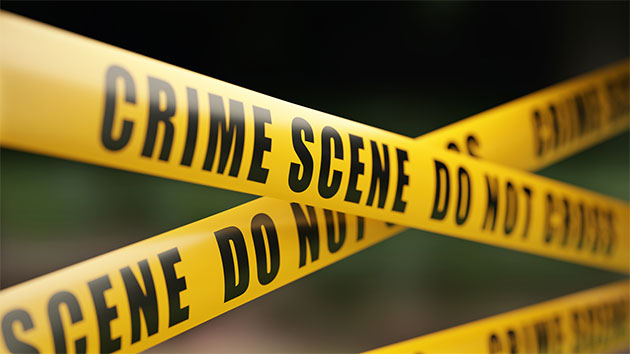 (EL PASO, TX) — As many as 18 people were killed and dozens more were injured, and a white male in his 20s is in custody after a mass shooting at an El Paso, Texas, Walmart on Saturday morning, officials said.

The wounded ranged in age from a 2-year-old child to an 82-year-old victim.

The suspect, identified by authorities as Patrick Crusius, 21.

He was “taken into custody without incident” and without any law enforcement officers firing their weapons, according to El Paso Police Department Sgt. Robert Gomez. The alleged shooter’s motives remains unknown, Gomez said, adding that “we have ruled out multiple shooters.”

Shopper Vanessa Saenz described the shooter as dressed in cargo pants and wearing ear protectors and said he looked like he was dancing.

Moments later, Saenz saw a woman a few feet away fall to the ground.

The eyewitness then described seeing victims near the shooter who became cornered — with nowhere to run — and then watched the gunman raise a rifle, aim it at them and start firing.

She described the man as then walking with confidence into the store, “like he was on a mission.”

Police did not officially issue a fatality number, but law enforcement sources told ABC News that at least 18 people were killed and dozens more injured. If officially confirmed, it would make the El Paso massacre one of the top ten deadliest shootings in U.S. history.

He went on, “At this second in time, we won’t rule out multiple [shooters] until we have all the facts based on the investigation. Initial reports did advise multiple suspects. At this time, we do have one person in custody. We don’t believe there’s anybody outstanding so …. we are starting to secure the scene.”

At 12:11 p.m. local time, the El Paso Police Department had issued a tweet that said in part, “We have multi reports of multiple shooters.”

Area residents were urged by local law enforcement to avoid the area north of the I-10 highway area in east El Paso.

Scene is still Active. We have multi reports of multiple shooters. Please avoid area police conducting search of a very large area. Media staging will be given when area is secure.

The Walmart is located at the Cielo Vista Mall, one of the city’s most popular malls, particularly among Mexican tourists who cross the U.S. border to shop there before returning to Mexico.

We’re in shock over the tragic events at Cielo Vista Mall in El Paso, where store 2201 & club 6502 are located. We’re praying for the victims, the community & our associates, as well as the first responders. We’re working closely with law enforcement & will update as appropriate.

“We’re in shock over the tragic events at Cielo Vista Mall in El Paso,” the statement said. “We’re praying for the victims, the community & our associates, as well as the first responders. We’re working closely with law enforcement & will update as appropriate.”

A spokesperson for El Paso’s Del Sol Medical Center said that 11 victims ranging in age from 35 to 82 were being treated at the facility. Unversity Medical Center of El Paso received an additional 13 victims — two of whom were children, ages 2 and 9, who were stabilized and transferred to El Paso Children’s Hospital, according to officials.

In El Paso, the Texas Dept. of Public Safety is assisting local law enforcement & federal authorities to bring this tragedy to the swiftest & safest possible conclusion. We thank all First Responders for their courageous response & urge all area residents to remain safe. https://t.co/H6UDwu81SY

At 11:35 a.m local time, the Dallas office of the Bureau of Alcohol, Tobacco, Firearms and Explosives (ATF) issued a tweet saying ATF agents were responding as well.

By 2 p.m. local time, the El Paso Police Department had issued a tweet making an urgent request for blood donations, and directing local residents to two facilities run by Vitalent Blood Services where they could donate blood.

At 11:35 a.m local time, the Dallas office of the Bureau of Alcohol, Tobacco, Firearms and Explosives (ATF) issued a tweet saying ATF agents were responding as well.

Texas Gov. Greg Abbott said in a tweet that the state’s Department of Public Safety was responding to assist “local law enforcement & federal authorities to bring this tragedy to the swiftest and safest possible conclusion.”

Rep. Veronica Escobar, who represents Texas’s 16th Congressional District, tweeted that she is “utterly heartbroken by the developing news in El Paso.”

President Donald Trump has been briefed on the shooting and is monitoring the situation, according to White House Deputy Press Secretary Steven Groves.

In a tweet, the president said he had spoken with Gov. Abbott and pledged “total support of Federal Government,” before ending the message ‘God be with you all!’

Terrible shootings in ElPaso, Texas. Reports are very bad, many killed. Working with State and Local authorities, and Law Enforcement. Spoke to Governor to pledge total support of Federal Government. God be with you all!

Democratic presidential candidate and fellow Texan Beto O’Rourke told reporters he was in communication with local officials and was flying back home from an event in Nevada.

“I just ask for everyone’s strength for El Paso right now, everyone’s resolve to make sure that this does not continue to happen in this country,” he said. “But I’ll tell you, El Paso is the strongest place in the world.”