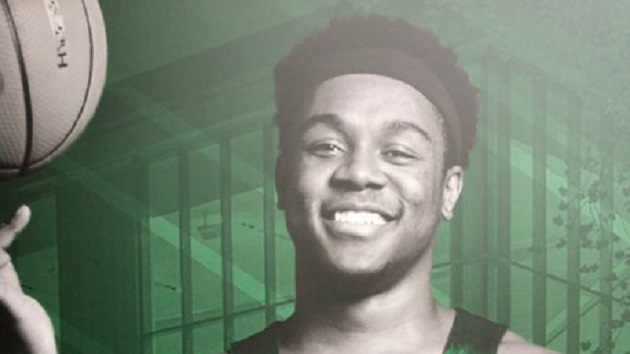 (PORTLAND, Ore.) — A 30-year-old woman has been arrested and charged with murder in the shooting death Friday of a former college basketball player at Portland State University in Oregon.Tamena Strickland was taken into custody late Friday for the 2 p.m. shooting, Portland police said.While the victim was not identified by police, the victim’s uncle told Portland ABC affiliate KATU that he was 22-year-old Deante Strickland, who was a senior on last season’s Portland State Vikings basketball team.His uncle, Diante Strickland, said Tamena and Deante were sister and brother, and he had no idea why she would shoot him.The shooting, which took place at a home in Portland’s Concordia neighborhood, also injured two women. Diante Strickland identified the two adult women as another sister and Deante’s grandmother. Their injuries are not considered life-threatening, according to police.Tamena Strickland has been charged with one count of murder and two counts of attempted murder. She was booked into Multnomah County Detention Center just after 9:30 p.m. local time. She is being held without bail on the murder charge and $500,000 combined for the two attempted murder charges.Eyewitness Kenneth Carter told KATU he was driving down the street when Deante tried to get his attention apparently moments after the shooting.”As I crossed over Holman [Street], he came running down in the middle of the street,” Carter told KATU. “I didn’t know what was going on, his arms were flailing and flapping as to signal, to stop me.”Carter said Deante was bleeding from his mouth when he stopped his car.”Our Viking Family lost a special soul today, Deante Strickland,” Portland State basketball coach Barret Peery said on Twitter. “A Beautiful young man in every way! A special teammate, friend and family member. A PROUD Portland native that loved everything about representing the city of Portland, his Family and his school! He will be missed more than we can possibly imagine today. We are all BLESSED to have had him in our lives.”The coach also shared a picture of Strickland on his account.”We are deeply saddened by the loss of Deante,” Portland State Athletics Director Valerie Cleary said in a statement. “He represented everything it means to be a Viking in his hometown of Portland. He will forever be remembered for his character, determination and warm smile. Our prayers go out to his family and friends.”Strickland played two seasons for Portland State after transferring from Casper State in Wyoming. The point guard played in 34 games and started 10 as a junior, averaging 7.7 points and 2.6 assists per game. As a senior, he averaged 7 points and 2.5 assists per game as a reserve.He was a social science major and said in his school bio he wanted to be a sports agent.Copyright © 2019, ABC Radio. All rights reserved.