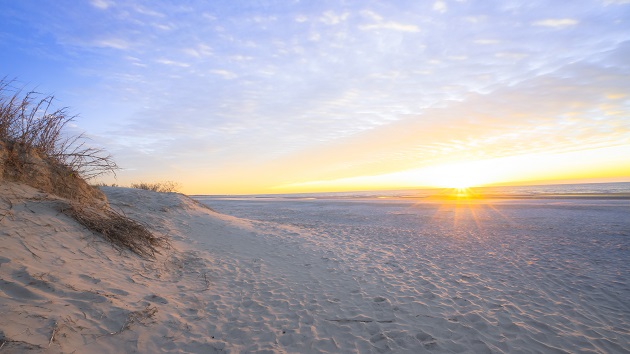 (ENCINITAS, Calif.) — Three people were killed Friday as a cliffside broke free and toppled onto beachgoers in Encinitas, California, on a sunny summer day at the popular seaside escape.One person was found dead at the beach, while two others who were transported to a local hospital in critical condition were later pronounced dead, according to city officials. Two other people were pulled out from under the debris pile and taken to the hospital with minor injuries.The fire department was notified of the bluff collapse just before 3 p.m. local time.”We are devastated by the tragedy today and our hearts go out to the victims and their families,” Encinitas Mayor Catherine Blakespear said in a statement. “We stand ready to help in any way possible. Our engineers and the public safety team are diligently working to assess bluff conditions.”City officials have closed the beach in the area of the collapse.Rescuers were not able to search a portion of the pile due to the stability of the bluff, officials said at an afternoon press conference. Officials don’t know if anyone is missing or unaccounted for, saying, “We have a couple of different stories.”Homes located on top of the bluff are far enough from the edge and are not expected to be in danger of collapsing.Heavy equipment was brought in to help clear out the rocks and dirt, with officials saying they even used air bags to lift some debris and pull out survivors.The officials called the collapse a “naturally occurring event,” and somewhat common, with about four to eight per year, but not usually as large in size. Beachgoers are warned daily by lifeguards to stay clear of the area in case of such collapses, officials said.”This is a naturally eroding coastline,” Encinitas Lifeguard Capt. Larry Giles said at the press conference. “There’s really no rhyme or reason, but that’s what it does naturally. … This is what it does, and this is how are beaches are actually partially made. It actually has these failures.”The area of the bluff that collapsed was about 25 feet by 30 feet, officials said, and the debris pile was about 10 feet deep at its highest.Beachgoers immediately began trying to clear debris by hand, an eyewitness told San Diego ABC affiliate KGTV, before fire officials arrived with equipment and search and rescue dogs.Officials said no children were among the dead or injured, but did not have further information on the victims.Encinitas is a popular beach town about a half hour north of San Diego. Copyright © 2019, ABC Radio. All rights reserved.