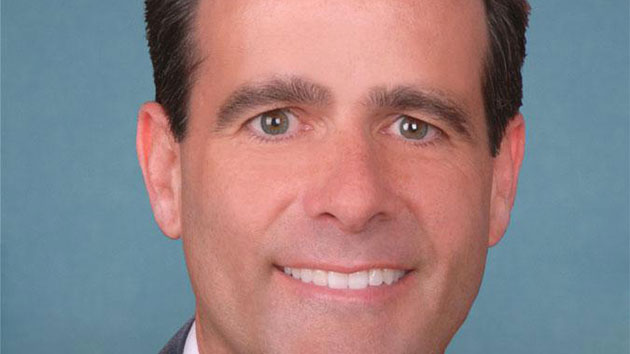 US House Of Representatives
Posted on August 2, 2019 by ABC News

(WASHINGTON) — In a surprise move, President Donald Trump on Friday announced that his pick to be the next Director of National Intelligence, GOP Rep. John Ratcliffe, has been dropped from consideration in the face of news reports that he misrepresented his record as a prosecutor in terrorism-related cases.

In tweets, Trump said “our great Republican Congressman John Ratcliffe is being treated very unfairly by the LameStream Media. Rather than going through months of slander and libel, I explained to John how miserable it would be for him and his family to deal with these people….

….John has therefore decided to stay in Congress where he has done such an outstanding job representing the people of Texas, and our Country. I will be announcing my nomination for DNI shortly.

In explaining the decision to withdraw John Ratcliffe as his pick to the lead the nation’s intelligence agencies, President Trump blamed the news media for treating his choice “very unfairly” and “very harshly.”

“I could see that the press was treating him very unfairly. He’s an outstanding man. I asked him, I said, do you want to go through this for two or three months or want me to maybe do something else? He thought about it. I said it’s going to be rough. I can see exactly where the press is going,” Trump said.

In a statement, Ratcliffe said he had withdrawn his name.

“While I am and will remain very grateful to the President for his intention to nominate me as Director of National Intelligence, I am withdrawing from consideration,” he said.

“I was humbled and honored that the President put his trust in me to lead our nation’s intelligence operations and remain convinced that when confirmed, I would have done so with the objectivity, fairness and integrity that our intelligence agencies need and deserve. However, I do not wish for a national security and intelligence debate surrounding my confirmation, however untrue, to become a purely political and partisan issue. The country we all love deserves that it be treated as an American issue. Accordingly, I have asked the President to nominate someone other than me for this position,” Ratcliffe said.

The development comes just five days after the president announced his choice of Ratcliffe to replace Dan Coats, who steps down later this month and amid a series of reports that Ratcliffe exaggerated his record. ABC News was the first to report earlier this week that Ratcliffe misrepresented his role in an anti-terrorism case that he’s repeatedly cited among his credentials related to national security issues.

The president’s choice of Ratcliffe was facing stiff opposition from Democrats on Capitol Hill and had received only a lukewarm reception within the president’s own party.

Sen. Richard Burr, R-N.C., the chairman of the Senate Intelligence Committee that was set to consider any Ratcliffe nomination, said he respects the congressman’s decision to withdraw, adding there’s “no substitute for having a Senate-confirmed director.”

“I respect John Ratcliffe’s decision to withdraw his name from consideration for Director of National Intelligence, and I appreciate him considering serving his nation in a new role,” Burr said in a statement.

“I am grateful that he will continue serving the people of Texas in the House. As the White House determines its next nominee, I‘m heartened by the fact that ODNI has an experienced and capable leadership team to help see it through this transition. However, there is no substitute for having a Senate-confirmed director in place to lead our Intelligence Community. I remain committed to moving the official nomination through regular order once it is submitted to the Senate,” Burr said.

The president said he’s narrowed his list of prospective replacements down to three people but declined to say who is on that list. He said he will be reviewing his short list over the weekend and said he’ll make an announcement on his selection soon.

The president said he likes Sue Gordon, the current deputy, for the acting role.