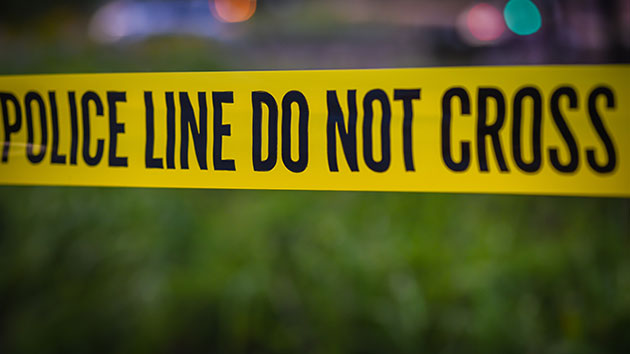 (ARLINGTON, Texas) — A woman in Texas died on Thursday after a police officer shot her while firing his weapon at an unrestrained dog.Police officers, the fire department and emergency medical services all were dispatched after a caller reported seeing a woman who appeared to be passed out, according to a statement from the Arlington Police Department.First responders couldn’t immediately find the woman when arriving on scene around 5:20 p.m. local time, but did see her a short time later. When a police officer saw the woman lying in the grass, he approached and called out to her, and a dog ran toward him. Backing up, he fired his gun “multiples times toward the dog.”The woman then yelled out that she’d been hit. She was transported to a nearby hospital, where she later died. Her identity won’t be released until her family is notified.It’s unclear if the dog was struck by the gunfire.The officer who fired his weapon, a patrol officer in the North District, was not named in the department’s statement.Bodycam footage captured the incident and will be examined during the investigation, police said.Copyright © 2019, ABC Radio. All rights reserved.