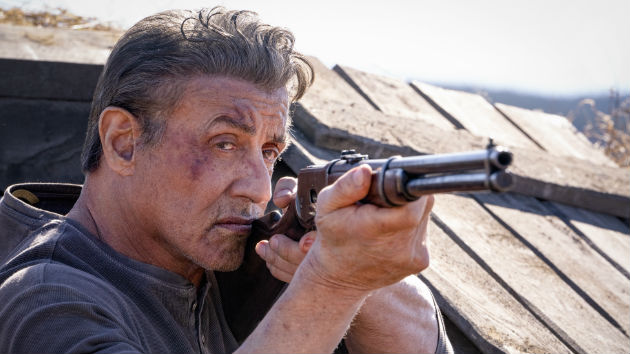 (LOS ANGELES) — Once enemies — at least in Rocky IV — Sylvester Stallone and Dolph Lundgren are teaming up for an action drama series that would star Aquaman veteran Lundgren.

According to Deadline, Rambo: Last Blood star Stallone is producing, and may direct the pilot for the show, in which his Expendables co-star would play a hostage negotiator and covert agent working for the Department of Safety and Security at the United Nations. Befitting the six-foot-five-inch actor, he’s described as a “one man SWAT team.”

The trade notes the pair are shopping the project around to major networks, including Netflix.

Lundgren played towering Russian Ivan Drago in Rocky IV, and just two years ago reprised the role in Creed II opposite Stallone. That film had Dolph training his onscreen son for a bout with Michael B. Jordan’s Adonnis Creed, the son of Apollo, who Drago killed in the ring.