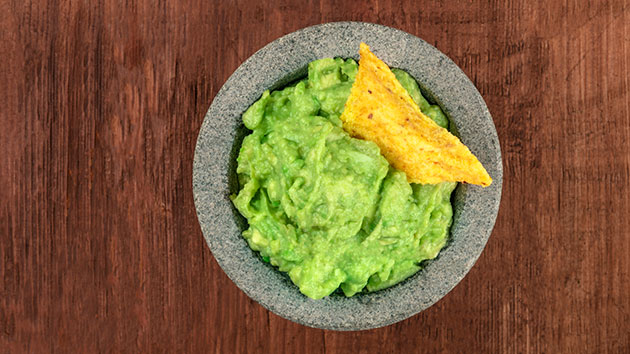 (NEW YORK) — The last controversy to rock the guac world was peas, but now it seems there’s a new ingredient in town that could squash the competition.At some Los Angeles eateries, the popular superfood-filled dip may include another ingredient unbeknownst to customers.The pit of the problem comes down to high temperatures in California slowing avocado supplies and driving up prices to almost twice what they were last year — nearly $66 per case.El Tepeyac Café, five miles from downtown LA, is just one restaurant in the area feeling the effects of costly avocados.”In previous years, they’ve gone up to $110 around this time,” the restaurant’s operations manager Carlos Thome told ABC News. “$110 per case — and we would have to say sometimes we don’t have it.”The cost has pushed chefs to get creative with alternative ingredients to stretch the use of avocado — like using calabacita, a Mexican squash that mimics the texture of avocados and is significantly cheaper.Javier Calbral, editor of L.A. Taco, told ABC News that using the squash produces a guac pretty close to what most folks know and love.”You make this fake one using a summer squash that looks almost like a zucchini, and you blend them,” he said, adding that it’s “pretty eerily similar” to the texture and flavor of guacamole. While the price tag is the primary problem for some restaurants, authentic guacamole is still priceless.”I’ve experimented with it amongst our employees,” Thome said, but added, “It’s not gonna happen.”You can spot the mock guac because of its thinner, more watery texture.The calabacita-based version also more closely resembles a taqueria-style guacamole, which is blended with tomatillos and results in a smoother, salsa-like consistency rather than chunky guac.Copyright © 2019, ABC Radio. All rights reserved.

These vaccine mandates are already in place to attend school in the US
Confused about boosters? Here are some answers
What to expect as FDA advisory panel debates Pfizer COVID booster shots
Democratic drama as House advances Biden’s agenda: What’s in the draft reconciliation bill?
Fence goes up around US Capitol, as law enforcement braces for Sept. 18 protest
Teachers struggle with anxiety, burnout as another pandemic school year begins