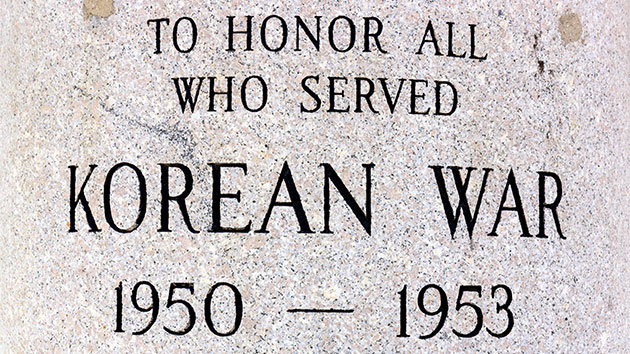 Until now, seven sets of remains had been identified by researchers working out of the Defense POW/MIA Accounting Agency’s (DPAA) laboratory in Hawaii.

The names of the 25 service members will be made public in the coming weeks as their families are notified.

Vice President Mike Pence disclosed the news Thursday, a year to the day after he greeted the arrival of the 55 boxes in Honolulu.

“I’m grateful for the hard work by the @DeptofDefense to identify 25 more heroes from the 55 boxes of remains,” Pence posted on Twitter.

In a separate tweet, Secretary of State Mike Pompeo described the development as “a promise kept from the agreement between Chairman Kim and President @realDonaldTrump at the June 2018 Singapore Summit to return all our #fallenheroes.”

It was believed that the 55 boxes may have contained the remains of as many as 80 American service members missing since the Korean War.

There are more than 7,200 American service members still missing from that war, with the majority of them last seen on battlefields in North Korea.

DPAA officials had held out hope that the transfer of the remains would lead to talks to resume joint recovery operations at some of those battlefield sites. But in May, the agency announced a suspension of attempts to negotiate those field visits for the remainder of the fiscal year that ends on September 30.

The suspension reflected the lack of communication between the two countries that resulted from the unsuccessful second Trump-Kim meeting this past February in Hanoi, Vietnam.

This week the DPAA held its annual briefing in Arlington, Virginia, for 500 family members of missing Korean War service members to brief them on the latest information about their efforts to locate their loved ones.

What is Title 42? Amid backlash, Biden administration defends use of Trump-era order to expel migrants
Female US service member allegedly assaulted by male Afghan refugees at Fort Bliss
GOP-led review of Arizona ballots reaffirms Biden’s win
Haitian migrants cleared from camp at Texas border but controversy continues
Generational wealth implications: Black and Latino-owned homes are more likely to be undervalued
Nick Cannon teases possibility of having more children: “My therapist says I should be celibate”