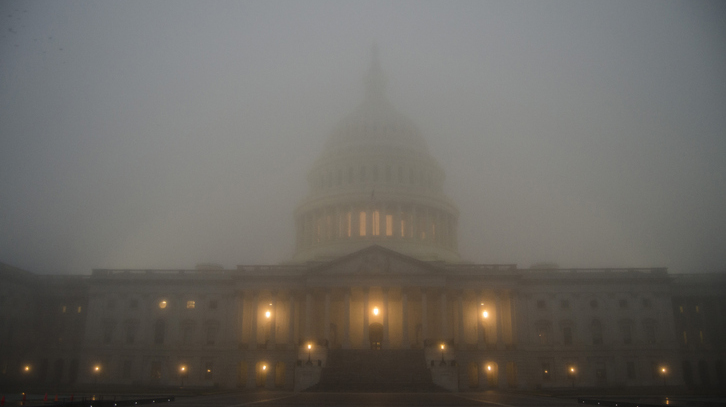 (WASHINGTON) — More than half of House Democrats now support launching impeachment proceedings against President Donald Trump, putting new pressure on House Speaker Nancy Pelosi and other Democrats who have urged the caucus to double-down on their investigations and legal efforts after former special counsel Robert Mueller’s testimony on Capitol Hill.At least 27 of the 118 House Democrats in favor of an impeachment inquiry announced their position after Mueller’s appearance, a diverse group of lawmakers including veteran committee chairs and some freshman moderates who flipped Republican districts in 2018.Rep. Salud Carbajal, a California Democrat, became the latest to announce his backing on Friday.“In the past few years, our nation has seen and heard things from this president that have no place in our democracy. We have seen Donald Trump and his allies invite meddling into our elections, we have watched our nation’s moral fabric rip apart and—most importantly—we have learned that our nation’s commander in chief evaded truth, encouraged his staff to lie repeatedly to investigators and engaged in obstruction on at least ten occasions,’ he said in a statement.“That’s criminal. If anyone else did these things, they would face legal consequences. I’ve read the full Mueller Report, the president knew the rules and he broke them—he cannot be above the law. That is why I believe it is time to open an impeachment inquiry into President Donald Trump,” Carbajal said.There was no immediate response from Pelosi to an ABC News request for comment.While many Democrats privately believe that some of Trump’s actions in office and episodes detailed in the Mueller report merit impeachment, some lawmakers have wrestled with the decision to publicly endorse proceedings, struggling to reconcile the prospects of impeachment with the politics of the effort and their constitutional obligations.Rep. Emmanuel Cleaver, a Missouri Democrat and former chairman of the Congressional Black Caucus who told ABC News in May he was one of the “most reluctant” Democrats to consider impeachment, said in a statement this week that “there is obviously enough smoke to investigate the potential fire of corruption.””The Trump administration has engaged in repeated abuses of power and disregarded our institutions, while flaunting Congress and the judiciary,” Rep. Jason Crow, D-Colo., a freshman from the Denver suburbs said on Twitter. “If Congress doesn’t stand up to these abuses, then our system of checks and balances will have failed.”It’s unclear if the mounting support for impeachment proceedings will push Democratic leaders to change their course.”I’m not trying to run out the clock,” Pelosi said at her weekly news conference as the House prepared to leave Washington for six weeks. “We will proceed when we have what we need to proceed. Not one day sooner. And everybody has the liberty and luxury to espouse their own position and to criticize me for trying to go down the path in the most determined, positive way.”Some Democrats argued last week that the process had already started. Members of the House Judiciary Committee argued that an investigation was underway in a petition filed in court last week for the special counsel’s grand jury materials, a move endorsed by Pelosi.Committee chairman Jerry Nadler, D-N.Y., who has privately voiced support for impeachment, told reporters last week that the committee had “in effect” started an impeachment probe with the court filing, a path that would avoid a divisive floor vote to open an impeachment probe.Progressive groups and impeachment advocates welcomed the caucus approaching the new benchmark, and plan to mobilize support for impeachment this month across the country to pressure more Democrats to back the effort.”It’s time for Speaker Pelosi to take her foot off the brake, and press on the gas, helping to rally support for the process that our country desperately needs: a full impeachment inquiry into Donald Trump’s criminality and abuses of power,” MoveOn campaign director David Sievers said in a statement Thursday.Need to Impeach, an advocacy group funded by billionaire Tom Steyer, who is now running for president, ran a pro-impeachment television ad on cable news channels featuring Mueller’s testimony during coverage of Tuesday night’s Democratic presidential primary debate.”I don’t think the speaker is trying to run out the clock, but I don’t think she could even run out the clock if the support among the caucus really becomes overwhelming,” Rep. Alexandria Ocasio-Cortez, D-N.Y., said in an interview with ABC News this week.Notably, some of the new backers of impeachment, including Rep. Eliot Engel, D-N.Y., the chairman of the House Foreign Affairs Committee, face credible primary challenges from the left — a concern of many Democrats who are still contemplating whether to openly back impeachment.Pelosi and other top Democrats have worried that a full-blown impeachment effort without some level of Republican buy-in or overwhelming public support could endanger some Democrats, including many of the freshman members who flipped Republican-held districts. Mueller’s testimony did little to build support for impeachment, according to a recent ABC News survey, which found support and opposition to impeachment largely unchanged after the former special counsel’s appearance.Rep. Stephanie Murphy, D-Fla., a leader of the Moderate Blue Dog Coalition, warned constituents that impeachment “will assuredly consume us all” and “grind our national to a halt,” according to the Orlando Sentinel. Republicans have seized on growing calls from Democrats for impeachment, confident that the push will alienate independent voters who helped Democrats capture the House majority in 2020.”Jennifer Wexton’s hatred of President Trump has consumed her to the point where she’d rather chase conspiracy theories with her socialist colleagues than work on the issues impacting Virginians,” National Republican Congressional Committee spokeswoman Camille Gallo said in a statement responding to the freshman Virginia Democrat’s support for impeachment after Mueller’s testimony.

What is Title 42? Amid backlash, Biden administration defends use of Trump-era order to expel migrants
Trump return to White House ‘would be a disaster’ for US intelligence: Former DHS whistleblower
GOP-led review of Arizona ballots reaffirms Biden’s win
Generational wealth implications: Black and Latino-owned homes are more likely to be undervalued
Nick Cannon teases possibility of having more children: “My therapist says I should be celibate”
COVID-19 live updates: More outbreaks in schools without mask policies, CDC finds