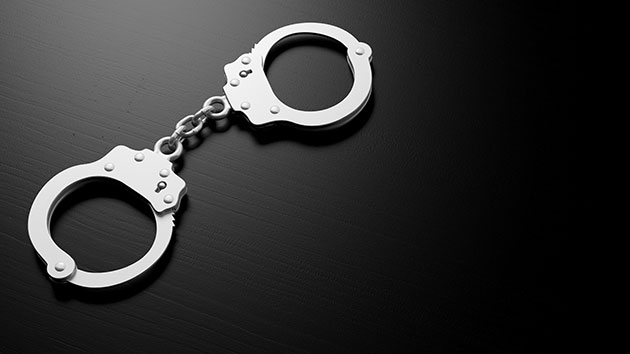 (TEMPE, Ariz.) — A man was arrested Thursday night outside of a crowded town hall event with 2020 presidential candidate Elizabeth Warren after he allegedly got into a dispute with members of a local group that supports President Donald Trump.The man, who Tempe police declined to name, was arrested for “assault and disorderly conduct for confronting another subject at the event,” said Detective Greg Bacon, a public information officer for the police department.The group of Trump supporters included about five men and women who all said they were part of AZ Patriots, a Republican group that describes itself as “citizen journalists and fearless activists” on its Facebook page.They wore red “Make America Great Again” hats and T-shirts displaying the name of their local organization.Jennifer Harrison, one of the group’s leading members, said the man who was arrested “lunged” at them and “tried to grab a phone” from her partner’s hand as they were escorted out of the event by security, about halfway through Warren’s speech at the Marquee Theatre.Harrison told reporters that once the man and her group were removed from the venue, he saw her and tried to “strike” her with his fists.”It was very garden-variety ‘he said, she said,"” Tempe Police Sgt. Kevin Renwick told ABC News. “This is just people behaving badly. Absolutely — it was appropriate and lawful the way the security removed him.”Reporters were not allowed to talk to the man, who was detained by police in handcuffs.Before the group was removed, Harrison was live-streaming the event and shouting chants during Warren’s speech, including, “Climate change is a hoax.” Climate change, which the U.N. calls “one of the greatest challenges of our time,” plays a key part in Warren’s speech at campaign events. The candidate did not react to chants while onstage.”We were just standing there recording,” said a woman with AZ Patriots who declined to give her name. When security came over, “all we wanted was to do was get out,” she said.The group was told it was being disruptive and was led out. Near the back of the venue, a small concert hall located near Arizona State University, the man who was arrested moved toward the group of Trump supporters and shouted at them.The man was abruptly taken into the lobby, where he was pushed onto the ground and pinned down. At least six members of the event security staff then forcefully dragged the man, who did not appear to cooperate with attempts to bring him outside, across the lobby by his arms and legs.”It never looks pretty, but sometimes that’s the way to do it unfortunately,” Renwick said.Tempe police provided security at the venue throughout the evening. The campaign said around 2,000 people attended and 1,500 waited outside, unable to get in.The Warren campaign declined to comment on the arrest and directed reporters to the Tempe Police Department.It was Warren’s first trip to the state. Her visit came on the heels of the second Democratic debate and an endorsement from Rep. Raul Grijalva, who represents the Phoenix area and endorsed Sen. Bernie Sanders in 2016.Copyright © 2019, ABC Radio. All rights reserved.