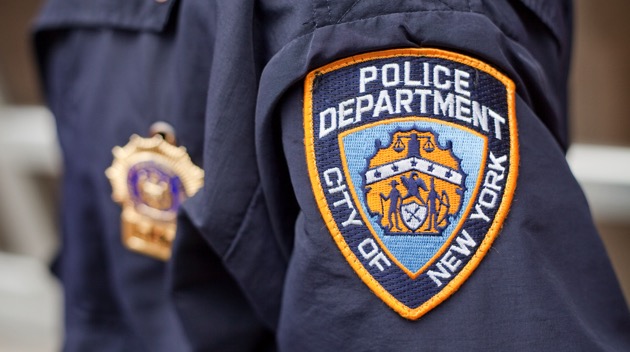 (NEW YORK) — An NYPD departmental judge has recommended that Officer Daniel Pantaleo be fired for his involvement in the 2014 death of Eric Garner, multiple officials told ABC News.The verdict, which is non-binding, found Pantaleo, 33, guilty of using a chokehold on Garner but not guilty of aggravated assault.The final decision on Pantaleo’s fate rests with Police Commissioner James O’Neill. His decision is expected in the coming week or two, per the policy guiding civil service disciplinary decisions.Garner, 43, was killed on July 17, 2014, after Pantaleo and his partner, Officer Justin D’Amico, stopped him for allegedly selling illegal cigarettes on the street in Staten Island. Pantaleo then grabbed Garner from behind and placed him in what appeared to be a chokehold.The encounter was filmed by Garner’s friend Ramsey Orta, and Garner’s dying words, “I can’t breath,” became a national slogan for protests on police brutality on minorities.Orta said Garner was not selling cigarettes that day.The use of the chokehold was banned by the NYPD in 1993. An internal investigation in January 2015 found that Pantaleo used a chokehold in his attempt to arrest Garner.Pantaleo’s attorney, Stuart London, said his client used a takedown method called a “seatbelt” — not a chokehold — to get Garner to the ground.An autopsy administered by the city’s medical examiner found that Garner died from events triggered by the alleged chokehold that ended with a fatal asthma attack.The seven-day departmental trial, which began in May, was not a criminal proceeding but a matter before an NYPD administrative judge.London previously told ABC New York station WABC that Pantaleo wanted to remain on the force.Last month, the U.S. Department of Justice declined to file federal charges against Pantaleo because a willful intent requirement could not be established, a senior official told ABC News.A grand jury in New York City also declined to indict Pantaleo in December 2014.Garner’s family spoke alongside the Rev. Al Sharpton Friday morning, calling on O’Neill to act on the judge’s recommendation.“Commissioner O’Neill, fire Pantaleo,” Garner’s daughter, Emerald, said.Sharpton said that while O’Neill “needs to immediately and unequivocally accept the recommendation of the judge,” his firing would not represent “justice for the Garner family.” Justice would have been a criminal or civil proceeding, Sharpton said.New York City Civilian Complaint Review Board Chair Fred Davie said in a statement that the judge’s decision confirmed that Pantaleo committed misconduct and that Garner died as a result of the officer’s actions.Mayor Bill de Blasio and representatives from the Police Benevolent Association of the City of New York planned to address the media Friday afternoon.Copyright © 2019, ABC Radio. All rights reserved.

COVID-19 live updates: More than 10,000 new deaths reported in US in one week
Murdaugh murders and mysteries timeline: Key events in the South Carolina family’s scandals and deaths
Mississippi health officials warn some pregnant women have been denied COVID vaccine despite ongoing surge
Alaska once had the highest vaccination rate. Now it’s in a COVID-19 crisis.
In theaters now: Gerard Butler and Frank Grillo in the “irreverent, explosive” ‘COPSHOP’
How COVID-19 hybrid immunity could be a potential pandemic game-changer