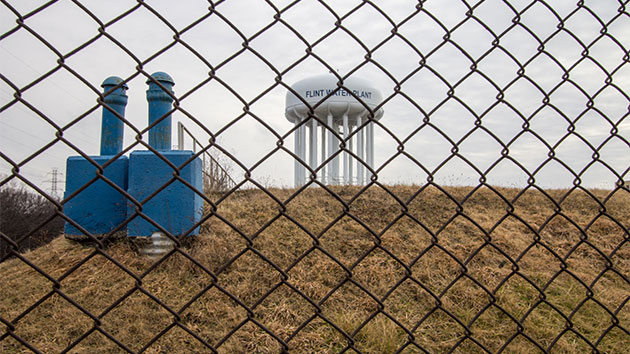 (FLINT, Mich.) —  A quick word search of the transcripts from this week’s two Democratic debates in Detroit show Flint, Michigan was referenced a total of 19 times over the course of the two nights.

Several candidates had stopped in Flint in the weeks and days before the debate, and numerous Democratic candidates championed Flint’s cause on the debate stage before an audience of millions of Americans.

But those in Flint remain apprehensive about putting their faith in any of the candidates now claiming their cause — gingerly listening to the promises, but protective of how they invest their trust.

And if calling their name on stage said anything to them this week, it reinforced their reluctance to becoming a campaign prop and the desire for substantive solutions.

“We just scratched the surface this week,” State Sen. Jim Ananich, who represents Flint, said, reacting to the debate and sharing his community’s hesitance. “Flint isn’t a talking point or a box to check — we’re a city trying to recover.”

In recent years, Flint has become a national symbol of the consequences of broken goverment and environmental deregulation — sparking larger debates over pollution, race, infrastructure and the revitalization of the nation’s most beleaguered regions.

Elevated lead levels were found in the water supply in Flint after the city disconnected from Detroit’s water line to save money and began drawing water from the Flint river in 2014. The move was intended to be a stop-gap measure until the pipeline to Port Huron Lake was completed for Flint’s municipal water. Improperly treated water from the Flint River allowed lead to leach from the pipes.

Michigan Gov. Rick Snyder apologized to the citizens of Flint in his State of the State address in January, 2016, saying he would take “full responsibility” for fixing the toxic water “catastrophe” that has stricken the town.

Fifteen people who worked in state and local government have been criminally charged in connection with the water crisis. A 2016 Centers for Disease Control and Prevention (CDC) study in found that Flint children had an almost 50% higher chance of elevated blood lead levels during about 18 months when the city was drawing in river water.

Ananich said many Flint residents remain jaded about promises and praise from politicians.

It’s been five years now since cost-cutting measures led to lead and other toxins seeping into the drinking water supply, tainting it — even after officials assured that the situation had improved. It was a decision that exposed thousands to serious health risks — and brought national awareness to the glaring gaps in drinking water infrastructure not just in Flint – but in cities from coast to coast.

Flint has made great improvements since — replacing lead pipes across the board — but residents still use bottled water; the problem hasn’t ended. Just this June, authorities seized the cell phone and hard drive of former Michigan Gov. Rick Snyder – along with more than 65 other current or former officials’ cell phones or other information seized – in connection with the water crisis probe. Then – state prosecutors announced they were dropping all criminal charges filed against a group of eight government officials in the scandal, in favor of launching a new and expanded investigation.

Now – the people of Flint repeatedly expressed to ABC News the importance of politicians re-earning their trust.

“It’s been broken on so many levels,” Mayor Karen Weaver said.

Davonte Walker, 25, was born and raised in Flint. And he’s seen the procession of candidates flow in and out throughout the years. “It’s felt good bringing it to people’s attention, but at the same time – I know Flint is the name of the issue – but we’re not the only city that has bad water, or are suffering. And Flint is suffering from many issues, it’s not just the water,” Walker said.

“Let’s focus on making this a better city. Like – come to Flint – but come for the right reasons.”

The real recognition they’re looking for: substantive solutions in the foreseeable future.

“Four years ago, we had a debate here. And our water is still a problem,” Ananich said. “It’s a sad balance to make. I get it — you can tell when visits are genuine and when they’re like oh I just have to get this over with. I haven’t seen that yet – it’s just a concern.”

Flint had seen its share of troubles long before the water crisis surfaced. The flight of manufacturing jobs from the Michigan town in recent decades has shrunk the city’s population by more than half since 1960.

Yet, the view from Flint is not a bleak one; its grit and gumption to keep on keeping on now blend with the demand for candidates to appeal to them on their level.

“The president is really good at showing a problem, then blaming someone,” Ananich said. “But the best we’ll get from President Trump is a tweet saying how shitty our city is. But people living paycheck to paycheck? We’ve had enough of that. We have to show a path forward.”

“Especially now after 2016, people are looking for this magic formula of how to talk to us, and those Obama-Trump voters,” Ananich said. “But we’re just scrappy folks surviving, trying to get through the week, and a lot of soundbites, naming our city, it just doesn’t relate to them – the person who’s authentic gets through. This should go beyond the Michigan debate.”

Britney Spears makes triumphant return to Instagram, but some fans think someone else is running the account
Lil Jon reveals what surprised him most about ﻿’Bachelor in Paradise’
Second dose of J&J COVID-19 vaccine results in stronger protection, company says
Biden to focus on ‘intensive diplomacy’ at UN amid tensions with allies
Republicans dig in on debt-limit standoff despite Democratic effort to mount pressure
‘Dancing with the Stars’ season 30 recap: JoJo Siwa’s historic first performance puts her atop leaderboard