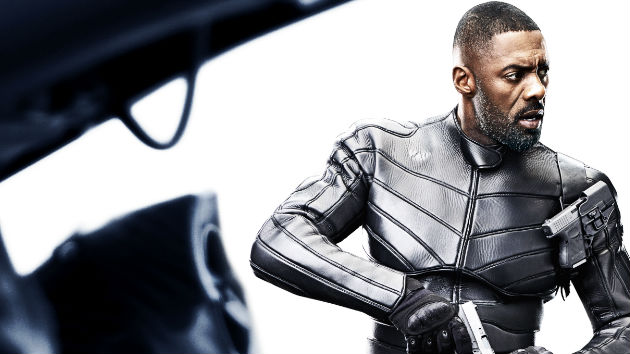 Elba, who stars as the genetically modified super villain Brixton opposite Dwayne “The Rock” Johnson and Jason Statham, tells ABC Radio that one of the best parts of playing his character was getting to officially kick the butts of two major action stars.

“You’ve got The Rock, who’s probably the biggest movie star in the world [and] you’ve got Jason Statham, biggest action star in the world,” Elba says. “And the two of them against me. What was satisfying is that I kicked their butts.”

But Idris reveals he’s been kicking butts for a long time now.

“I’m am only child. I used to fight all my cousins,” he says. “So, when we got into this film… it was all a lot of fighting [and] a little bit of talking. I enjoyed that.”

“David Leitch, the director, is an ex-stuntman,” Elba notes. “So his whole approach to directing is a bit like being a stuntman. It’s just more, more, more.”

Even though Elba feels comfortable with his action scenes, the accomplished actor admits that there were some challenges.

“I think that the hardest thing for me was trying to understand how to play a human being that has enhancements,” he says. “This is a man that, who was shot in the face, he practically died. They brought him together, gave him a new spine. Gave him sort of like a chip in his brain that allows him to see the world slightly differently.  And trying to make that human, that was the challenge.”