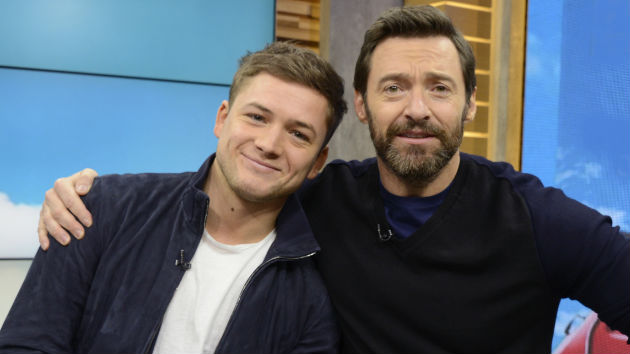 (LOS ANGELES) — Hugh Jackman’s made it clear he’s hung up his Wolverine claws for good following the Oscar-nominated 2017 film Logan, but fans are now pushing for Jackman’s pal — and former Eddie the Eagle co-star Taron Egerton — to take over the role.

For the record, the Rocketman star is all in — if it’s a possibility.

“I love Marvel and I love the movies and I’d love the excuse to get in shape,” the actor told Variety. “I’d love to be a part of it.

But, he allowed, “Whether [Wolverine] is realistic or not, I don’t know.”During Marvel Studios’ recent panel at Comic-Con International in San Diego, company president Kevin Feige confirmed that “mutants” would be coming to the Marvel Cinematic Universe, now that Marvel’s parent company Disney has completed its acquisition of 20th Century Fox, the former owner of the X-Men property.

However, it’s unknown how soon the X-Men would be rebooted, particularly after the poor performance of Fox’s final X-Men movie, Dark Phoenix.

Still, Egerton was spotted in San Diego on the same weekend that Feige and company were in town. Coincidence?  As the late Marvel mastermind Stan Lee would say, “Stay tuned, True Believers.”Disney is the parent company of ABC News.

What is Title 42? Amid backlash, Biden administration defends use of Trump-era order to expel migrants
Trump return to White House ‘would be a disaster’ for US intelligence: Former DHS whistleblower
Pfizer CEO says it’s possible to distribute both boosters and primary doses
The push for electric vehicles may be killing sedans for good: Experts
GOP-led review of Arizona ballots reaffirms Biden’s win
Harris interview with ‘The View’ delayed after co-hosts test positive for COVID-19