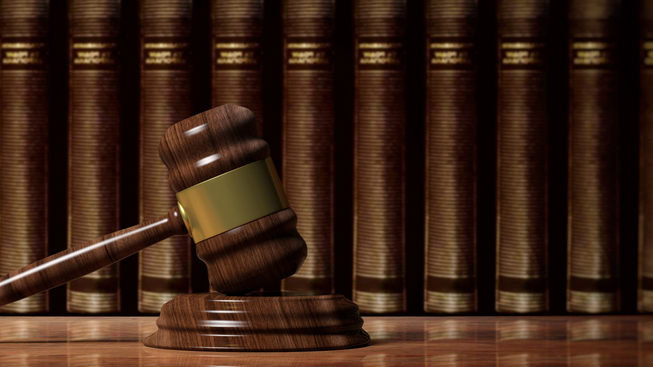 (NEW YORK) — The pursuit of justice for women who have accused millionaire Jeffrey Epstein of sexually abusing them will have to wait at least another year.Attorneys for Epstein cast aside their client’s right to a speedy trial on Wednesday after federal prosecutors said they plan to submit a staggering one million pages in discovery in the sex-trafficking case.During a hearing in Manhattan federal court, Judge Richard Berman tentatively planned for a trial in the summer or fall of 2020, and a prosecutor said the proceedings are expected to last four to six weeks.”Thirteen months sounds like the amount of time that we would ordinarily need to prepare a case of this magnitude and scope,” Epstein’s attorney Martin Weinberg said in court. “We need time to review a million pages of discovery.”During the hearing, there was no mention of a July 23 incident at the Metropolitan Correctional Center in Lower Manhattan in which sources told ABC News that Epstein was found unresponsive in his cell with marks on his neck that appeared to be self-inflicted.The incident came five days after Berman denied a request from Epstein’s attorney that he be released on bail, pending his trial.Since the episode, 66-year-old Epstein has been on suicide watch at the federal lockup.Epstein has pleaded not guilty to charges of sexually exploiting and abusing dozens of minor girls at his Upper East Side mansion and his home in Palm Beach, Florida. He faces up to 45 years in prison if convicted.Following Wednesday’s hearing, Gloria Allred, a lawyer who represents several women accusing Epstein of assault, said she believes there are other women who have been assaulted by Epstein who have yet to come forward “because they are in fear.””Any victim who has not come forward … should come forward at this time,” Allred said. “It is not too late to help in the process of seeking justice.”Berman ordered prosecutors to make their evidence available to the defense by Oct. 31.Epstein — a hedge fund manager who at one time socialized with former President Bill Clinton, Great Britain’s Prince Andrew, and President Donald Trump — was arrested on July 6 for alleged sex trafficking of minor girls in Florida and New York. Some of the charges date back to the early 2000s.A team of law enforcement officers from the Federal Bureau of Investigation (FBI) and the New York Police Department (NYPD) took Epstein into custody at the Teterboro Airport in Bergen County, New Jersey, after he returned to the United States by private jet from France, sources told ABC News.Federal prosecutor Alison Moe told Berman on Wednesday that the discovery will include “materials from devices” seized from Epstein’s Manhattan home.In 2008, Epstein pleaded guilty to soliciting prostitution in a secret plea deal with federal prosecutors in Palm Beach, Florida, to avoid more serious federal sex trafficking charges. He received a 13-month jail sentence but was allowed out for work release 12 hours a day, six days a week.The plea deal, now under review by the Justice Department’s Office of Professional Responsibility, also gave Epstein and any alleged co-conspirators immunity from further federal prosecution in the Southern District of Florida.Weinberg suggested on Wednesday that he plans to challenge the conspiracy count Epstein is facing — saying in court that the “government’s allegations are inextricably intertwined and constitutionally barred” by the non-prosecution agreement (NPA) prosecutors reached with Epstein in 2008.”There are double jeopardy issues both connected to the conspiracy count, which looks to be an overlap with one of the charges that was expressly within the immunity provision of the NPA,” Weinberg told Berman.

What is Title 42? Amid backlash, Biden administration defends use of Trump-era order to expel migrants
Trump return to White House ‘would be a disaster’ for US intelligence: Former DHS whistleblower
The push for electric vehicles may be killing sedans for good: Experts
Iowa Republican Sen. Chuck Grassley, 88, running for reelection
GOP-led review of Arizona ballots reaffirms Biden’s win
Harris interview with ‘The View’ delayed after co-hosts test positive for COVID-19