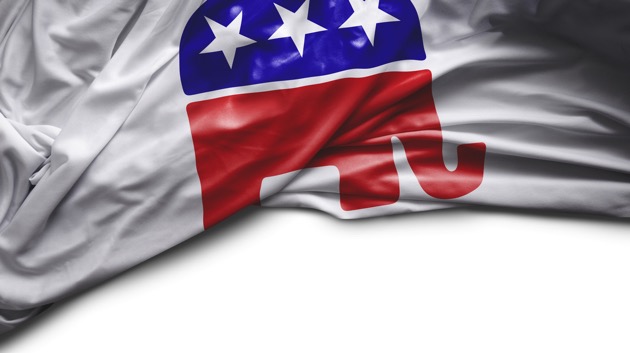 (WASHINGTON) — Republican National Committee officials on Wednesday worked behind the scenes to quell concerns surrounding the party’s new small-dollar digital fundraising website, pledging not to personally profit from the tool.RNC Chairwoman Ronna McDaniel opened a closed-door panel during the RNC’s annual three-day summer meeting in Charlotte, North Carolina, by denying the rumors that anyone may be financially benefiting from WinRed, sources tell ABC News. She went on to add she was not personally profiting from the new President Donald Trump-backed online donor platform, sources said.WinRed was presented as an answer to ActBlue, an online one-stop shop where Democratic donors can direct donations to the party’s array of candidates in races around the county. Unlike WinRed, ActBlue is a non-profit entity.WinRed stands to generate millions in income, as it takes a percentage of every contribution. WinRed would also become a repository of names and other details about Republican donors — a valuable resource both politically and commercially.McDaniel’s comments came a day after anonymous critics sent RNC leadership and party members an email signed by “concerned current and former RNC members” calling attention to an array of concerns about the WinRed platform, including the risk that those who run the site could control the flow of dollars – and use the site as a weapon against Republican detractors. WinRed supporters attribute the email to a rival digital fundraising firm, Anedot.In statements to ABC News, both the RNC and Trump campaign reiterated the comments McDaniel made at Wednesday’s meeting asserting that no one is personally profiting from the new platform.”No RNC employees stand to personally profit in any way from WinRed,” RNC spokesperson Mike Reed said in a statement to ABC News.Trump campaign communications director Tim Murtaugh told ABC News, “No Trump campaign employee benefits financially from WinRed, which is an effective tool to aggregate fundraising for the GOP.”The RNC chair’s comments Wednesday followed backlash over efforts by the party and Trump campaign to push rank-and-file Republicans to use the new website, about which some detractors have voiced concerns of privacy, functionality and legality.But party leaders remain steadfast in their efforts to ensure WinRed becomes the GOP’s answer to ActBlue, with Wednesday’s meeting in Charlotte serving as leadership’s latest push.”Today’s meeting was very productive and a great opportunity to get questions answered,” RNC chief of staff Richard Walters told ABC News following Wednesday’s meeting. “Everyone walked away from the meeting confident that WinRed will be the right tool to transform the way GOP candidates and conservative causes across the country raise money.”RNC summer meeting attendees also told ABC News the meeting helped explain a number of their concerns surrounding the new platform, including both questions of profit and, simply, how to use it.Henry Barbour, chairman of WinRed and the GOP data firm Data Trust, tells ABC News the result of Wednesday’s meeting was very positive for their efforts to get members onboard with the new platform.The launch of WinRed took around six months to get off the ground, and Republicans feel there’s a lot at stake to get rank and file members to fully commit ahead of the 2020 elections, as they believe it can be a significant fundraising tool, following ActBlue’s success. In an effort to get the party in line, the RNC says they won’t provide resources for candidates or state parties who won’t use the platform.”If we don’t get it right this time who knows when we’ll get another bite of the apple,” Barbour told ABC News.In the 2018 midterms, Democratic House and Senate candidates out-raised Republicans in individual contributions on their way to taking back the House thanks in part to their small-dollar fundraising platform ActBlue.Earlier in July, ActBlue announced the site collected a total of $420 million from 3.3 million individual donors for nearly 9,000 Democratic campaigns and organizations in the first half of 2019, nearly double the $249 million it brought in by the first half of 2017.And for the GOP’s WinRed platform, which launched in late June, they reported this week raising a total of $184,321 between June 24 and June 30 this year. The RNC tells ABC News 51 of 56 GOP state parties and territories are now signed up to use the site.Copyright © 2019, ABC Radio. All rights reserved.