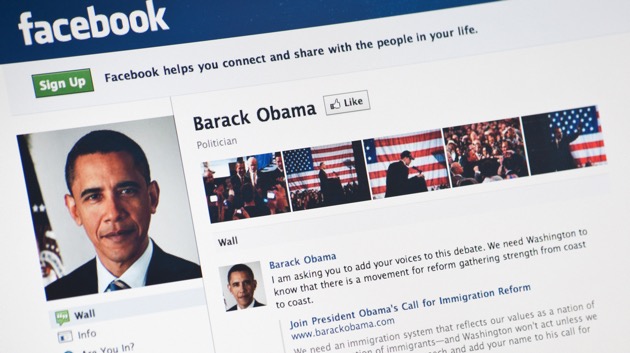 (DETROIT) — Former Vice President Joe Biden, speaking to reporters in Detroit on Thursday, the day after Wednesday’s Democratic debate, said he was surprised by “degree of the criticism” against former President Barack Obama, calling it “bizarre.””I was a little surprised at how much incoming there was about Barack, about the president … I don’t think there’s anything he has to apologize for,” Biden said.While Barack Obama was not physically on stage during the CNN 2020 Democratic debates, his name and legacy were evoked and attacked several times as a seemingly new tactic by presidential contenders to take back the White House.Obama is vastly popular, and not just with Democrats in his own party, but with all Americans. A June poll by Pew Research found that Obama is now considered the best president in the past 100 years.Within his own party, the allegiance to Obama is even stronger. According to a June 2017 poll by Gallup, 95 percent of Democrats have a favorable view of Obama.However, during round two of the Democratic primary debates, 2020 contenders engaged in a strange dance of trying to scrutinize Obama’s legacy while at the same time being careful to not attack the first African American president directly.“It looks like one of us has learned from the lessons of the past and one of us hasn’t,” former Obama housing secretary Julian Castro said to Biden, whom he served with under Obama, for his immigration policies.Obama’s signature policy achievement — the Affordable Health Care Act — has received a complete endorsement from Biden, who wants to build on this system with the addition of a public option that Obama originally wanted but was not able to garnish enough support to get it approved by Congress.On Tuesday night, the front-runners on the stage, Sens. Bernie Sanders and Elizabeth Warren, put forth health care proposals that are both far more progressive than the Affordable Health Care Act.Warren even went so far as to dub the current health care system as a “corrupt, rigged system that has helped the wealth and the well-connected and kicked dirt in the faces of everyone else.”Before the second night of debates on Wednesday, Biden addressed a crowd at the Fox Theater in Detroit saying, “Am I only one who misses Barack Obama in this room?” which got loud applause from the audience.However, that same love for the first African American president was not evident on stage.Sen. Kamala Harris, was one of the first candidates to take aim at Obama’s legacy Wednesday night by attacking Biden’s health care proposal which builds on the Affordable Care Act.“Senator Biden, your plan will keep and allow insurance companies to remain with status quo, doing business as usual, and that’s going to be about jacking up co-pays, jacking up deductibles,” Harris said.Sen. Cory Booker also had a key-moment during the debate after Biden tried to separate himself from various Obama’s policies saying that he would “absolutely not” continue Obama’s deportation policies, that the 2009 Afghanistan surge that Obama pushed for was a “mistake” and that he would not be supportive of rejoining the North American Free Trade Agreement.“You invoke President Obama more than anybody in this campaign,” Booker said. “You can’t do it when it’s convenient and dodge it when it’s not.”The onslaught of attacks on Obama was not lost upon political pundits watching the debate who warned that this might be a mistake moving forward for Democrats trying to win against President Donald Trump.”Morning Joe” co-host Joe Scarborough tweeted Wednesday during the debate, slamming the Democrats for challenging policies Obama.”OK. Let me get this straight. Democrats hate Obamacare AND hated his immigration policies? What planet are they from?” Scarborough tweeted. “You know you have extreme ideologues running for president when @BarackObama is a punching bag for being too conservative. [For what it’s worth], President Obama is the only Democrat to twice win a majority of the vote since FDR (and is still hugely popular in the Democratic Party.) Not. Smart.”He added, “These candidates are attacking Barack Obama’s policy positions more than Donald Trump. That is politically stupid and crazy…. Democrats who think trashing @BarackObama is a political winner, will be the political losers.”Donald Trump Jr. also took to Twitter to add his thoughts on the attack on Obama, but he was far more supportive of the attacks than others.“It was nice to see Democrats finally go after Obama’s failed policies very aggressively. Wish they would have done that years ago,” he tweeted Thursday. “Maybe if they continue to change their attitudes and actually work with @realDonaldTrump they could do some good for American workers for a change.”Obama has been relatively silent during the Democratic primary and has yet to endorse Biden or any candidate in the race.While he hasn’t personally responded to these attacks, his former Attorney General of the United States Eric Holder took to Twitter Wednesday evening saying, “To my fellow Democrats. Be wary of attacking the Obama record. Build on it. Expand it. But there is little to be gained – for you or the party – by attacking a very successful and still popular Democratic President.”Copyright © 2019, ABC Radio. All rights reserved.

Biden gets COVID-19 booster shot before cameras, pushes vaccinations
Legacy and landscape at stake for Pelosi, Biden: The Note
What is Title 42? Amid backlash, Biden administration defends use of Trump-era order to expel migrants
Biden harshly criticizes Border Patrol agents for confronting Haitian migrants
Democrats lash out at Biden administration over handling of Haitian migrants
Biden agrees with France’s Macron that sub snub could have been handled better