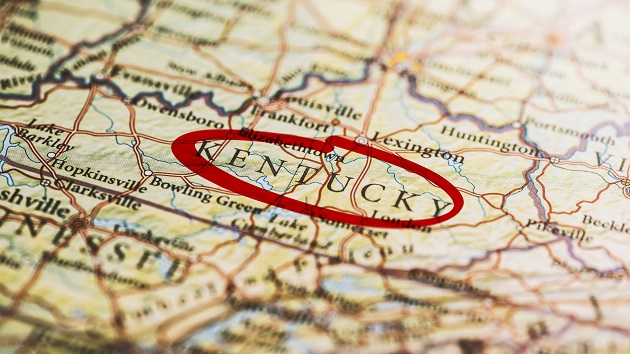 (HUSTONVILLE, Ky.) — At least one person was killed in a massive explosion in Kentucky’s Lincoln County on Thursday in the early morning hours, authorities said.A 30-inch gas pipeline exploded in the area around 1:30 a.m. local time, causing a tremendous amount of damage, according to officials with Lincoln County Emergency Management.One person died at the scene and at least five others were transported to a local hospital with injuries. Multiple people are unaccounted for, officials said.At least six structures caught fire and were destroyed in the blast. About 75 residents were evacuated from the area while firefighters worked to douse the flames, officials said.The explosion occurred in Lincoln County’s Moreland community, between Junction City and Hustonville, according to the Perryville Kentucky Fire Department, which urged the public to steer clear of the scene and to not travel nearby.Witnesses photographed the aftermath of the explosion, which sent a fireball high into the dark sky. Images and video showed bright orange flames and thick clouds of smoke on the horizon.”It was just a big roar and fire going all the way up the sky as far as you can see,” a resident told local news station WKYT-TV. “Our windows were shaking really bad. You can hear the ground just moving and tumbling and rolling.”Copyright © 2019, ABC Radio. All rights reserved.