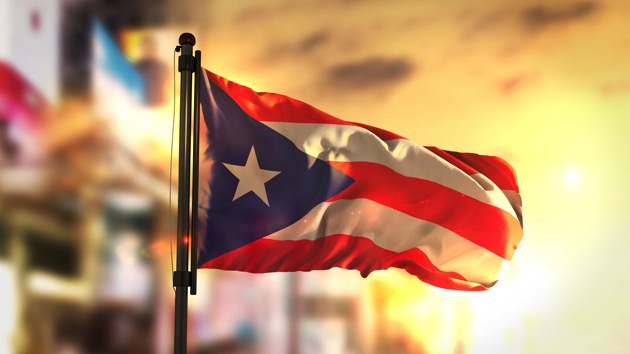 (SAN JUAN, P.R.) — Immediately after Puerto Rico Gov. Ricardo Rosselló announced his plans to resign amid a political scandal and under the pressure of sustained, mass protests, residents of the island erupted into roaring cheers and joyous chants.But for many, the victory of ousting an unpopular governor was not the end of the fight — but the beginning of what they hope will be a new political era.“This movement wasn’t just about getting rid of the governor,” activist David Galarza, who specializes in labor unions, told ABC News. “I think that’s just the icing on the cake.”After initially declaring he would not resign, Rosselló announced he would do so effective Friday at 5 p.m. The decision followed intense pressure from both the public and other politicians — after leaked text messages allegedly showed he and his staff making homophobic, misogynistic and sexist comments against opponents and critics, as well as mocking victims of 2017’s Hurricane Maria.Yet now the question of what comes next for Puerto Rico and its residents lingers.Protests are still scheduled around the island, activists said, as some see Rosselló’s assumed replacement and much of his administration as no better than the governor himself.Wanda Vazquez, the Secretary of Justice and next in line to take over the position, was appointed by Rosselló and has held the title since Jan., 2017. Both she and Rosselló are members of the New Progressive Party.She has faced criticism for not taking action in corruption investigations involving members of that party.“[People] feel she’s equally implicated in corruption and other types of administrative problems,” Frances Negrón-Muntaner, a professor at Columbia University with expertise in the fiscal debt crisis in Puerto Rico, told ABC News. “How could someone who has ties and aids, or assists in some way corruption, be governor after we just were successful in ousting a governor with corruption ties?”“As Secretary of Justice, she hasn’t been pursuing justice,” Negrón-Muntaner added.Vazquez, a former prosecutor, faced multiple charges but a judge in Puerto Rico ultimatiely determined that there was not enough evidence to arrest her.She issued a statement last Friday, calling the allegationss made against her “vicious attacks on my personal and professional integrity.””The desire and agenda of some to try to undermine my credibility at this moment of transcendental importance to Puerto Rico and to destabilize the governmental order is evident, which only attempts to perpetuate instability and restlessness in the country,” Vazquez said in a statement in Spanish.Vazquez has also made it clear she does not want the governor’s job.”I reiterate, I have no interest in occupying the position of Governor,” Vasquez wrote in a tweet in Spanish on Sunday. “The constitution dictates it.”Beyond the controversy over Vasquez and others, some residents believe a more systemic problem persists.“Basically all the names that have been circulated do not meet the needs of the people,” Negrón-Muntaner, who went to Puerto Rico for the protests, said.“A lot of people just want fair and transparent government… This claim, in a way, is a pretty radical demand because the entire government system includes such high levels of corruption.”Galarza echoed Negrón-Muntaner’s point, noting that while Rosselló has been ousted, there’s still more work to be done.“Now we’re also faced with the challenge of dealing with an administration that’s just as corrupt,” he said. “Really we’re not happy with any of the three or four or five or six that are in line to claim the governorship of Puerto Rico. What we are talking about is a sea of change.”Yet for Puerto Rico, the line of succession remains uncertain. Former Secretary of State Luis Rivera Marin would have been next in line to take over the governorship, but he resigned on July 13 in the wake of the Telegram chat scandal that toppled Rosselló.Rosselló has since nominated Pedro Pierluisi Urrutia for Secretary of State, but Pierluisi has not been confirmed. Puerto Rico’s House of Representatives is expected to meet Thursday afternoon to debate the nomination.Despite the massive question mark that hangs over the governorship, protesters said that they feel excited by the prospect of political change, and experts believe the newfound wave of momentum won’t slow down anytime soon.“Puerto Ricans go to vote in large numbers, but much fewer go out to protest and all of a sudden you were seeing people from all generations,” Fernando Tormos-Aponte, a postdoctoral research associate at the University of Maryland Baltimore County who focuses on social movements, told ABC News.With a surge in politically-involved Puerto Ricans amid the protests, Tormos-Aponte said that many organizations that were already invested in the cause will see new recruits.“Generation Z, millennials, [Baby] boomers, even [the] elderly are showing up to show their outrage,” he said.Negrón-Muntaner said that while the movement is well on its way to sustainability, the next social conversations to be had — the ones that delve into more complex issues facing the island — will likely bring to the surface more conflicting viewpoints.Yet even with those differences, she’s already heard discussions about what is next for Puerto Rico.“I think the question on a lot of people’s mind is that we must continue,” Negrón-Muntaner said. “That the victory is a foundation upon which we can build a more just, honest government and more just economy.” Copyright © 2019, ABC Radio. All rights reserved.