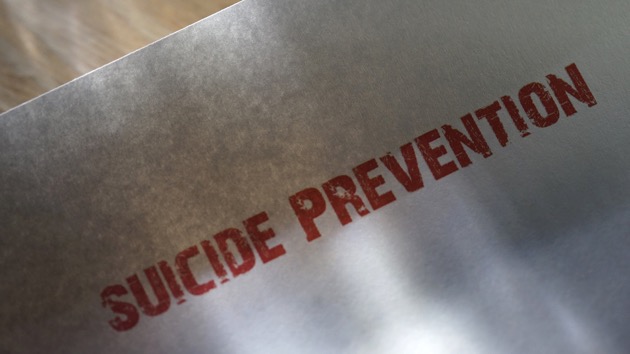 (ORLANDO, Fla.) — The words of the band Linkin Park may have helped stop a man from ending his life.Cristina Settanni was driving down the State Road 408 expressway in Orlando, Fla., when she noticed a man sitting on the ledge of an overpass, looking like he was about to jump. In a video posted by Florida’s Orange County Sheriff’s Office, Settanni explains that she stopped her car and sat with the man in an effort to keep him calm.

To do that, Settanni says, she recited a lyric from the Linkin Park song “One More Light”: “Who cares if one more light goes out?…I do.””I don’t know if it clicked with him, but he just cried,” Settanni says.Eventually, a deputy arrived on the scene and pulled the man from the ledge. He’s since been taken to a mental health care facility.”One More Light” is the title track from Linkin Park’s last album, which was released just two months before frontman Chester Bennington died by apparent suicide in July 2017. The song became a rallying cry for fans following Bennington’s death.If you or someone you know needs to talk, call 1-800-273-TALK (8255).If a person says they are considering suicide:

Take the person seriously
Stay with them
Help them remove lethal means
Call the National Suicide Prevention Lifeline at 1-800-273-TALK (8255)
Text TALK to 741741 to text with a trained crisis counselor from the Crisis Text Line for free, 24/7
Escort them to mental health services or an emergency room