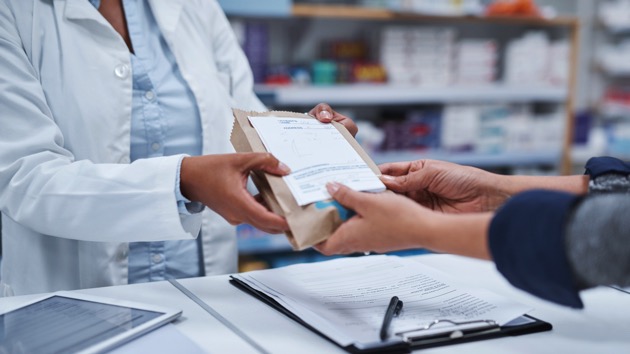 (SANTA CLARA COUNTY, Calif.) — A woman who allegedly pretended to be a pharmacist and gave out more than 745,000 prescriptions has been caught.Kim Thien Le is accused of dispensing the prescriptions over the course of 10 months in different Walgreens pharmacies in Northern California, authorities said.Out of more than 745,000 alleged prescriptions, more than 100,000 were for opioid drugs like fentanyl, oxycodone, morphine and codeine, according to the California attorney general’s office.”Californians picking up medications at their local pharmacy should never have to worry about whether pharmacies are employing licensed pharmacists to dispense prescriptions,” California Attorney General Xavier Becerra said in a statement Tuesday.Le surrendered on July 26 and was booked in Santa Clara County Jail, according to the attorney general’s office.ABC News was not able to reach Le for comment.She faces charges of false personation, identity theft, and obtaining money, labor or property by false pretenses, all of which are felony counts, according to the attorney general’s office.Walgreens did not immediately return ABC News’ request for comment.The charges against Le originated from an investigation conducted by the California Department of Justice’s Bureau of Medi-Cal Fraud and Elder Abuse, according to the attorney general’s office.”The California Department of Justice is committed to protecting patients from anyone who unlawfully practices without a license. Today’s announcement should serve as a stern warning — we are committed to ending this reckless behavior and will vigorously hold wrongdoers accountable,” Becerra said in the statement.Copyright © 2019, ABC Radio. All rights reserved.