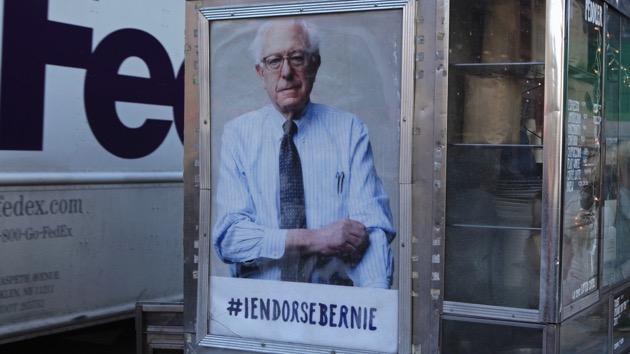 (DETROIT) — A fiery moment between Sen. Bernie Sanders, I-Vt., and Rep. Tim Ryan, D-Ohio, has now been memorialized on a sticker.The Sanders campaign announced their “I Wrote the Damn Bill” sticker during the Democratic Debate on Tuesday night.The accessory came after Sanders and Ryan debated over Medicare-for-All.

Don’t tell me what’s in Medicare for All. I wrote the damn bill! #DemDebateMake a contribution and get our sticker now –> https://t.co/cGNDyKXZ5k

Ryan asked whether Sanders could guarantee that benefits of Medicare-for-All for union members, who he said would lose their private health care, would be as good as the benefits that their representatives fought to negotiate.Sanders replied that the benefits would be better because of the comprehensiveness of Medicare-for-All, before Ryan cut him off.“You don’t know that, Bernie,” Ryan interjected.“I do know it. I wrote the damn bill,” Sanders shot back, to roaring applause.Supporters can purchase the sticker by donating any amount of money to the Sanders campaign. The average contribution for the sticker is $9.57, according to his campaign.Copyright © 2019, ABC Radio. All rights reserved.

The FDA panel decision on vaccine boosters shows the process worked: Fauci
A family promise led her to Mount Cristo Rey, the site of a pilgrimage for those seeking a miracle
‘Law & Order: SVU’ co-star Denmore Barnes on his “surprise” exit: “I don’t totally know why this happened”
Emmy Awards host Cedric the Entertainer says he’s committed to improving conditions for Black comedians
Tyra Banks defends Olivia Jade ahead of her ‘Dancing with the Stars’ debut: “Olivia is so brave”
Murdaugh murders and mysteries timeline: Key events in the South Carolina family’s scandals and deaths