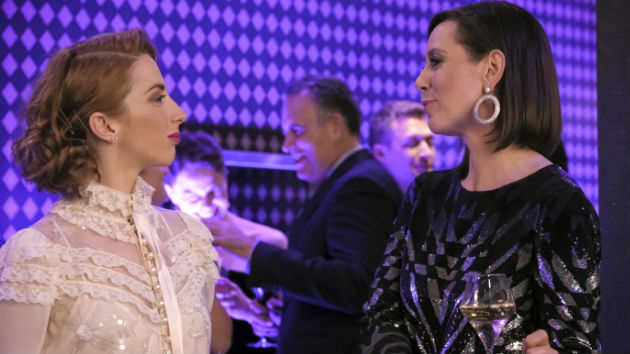 (NEW YORK) — Playing the confident, pansexual Lauren Heller on TV Land’s Younger for six — soon to be seven — seasons has influenced actress Molly Bernard’s life in many ways. But perhaps most significantly, she says it’s helped her embrace her own sexuality.

“I am now fully in a relationship with a woman and that’s I think part of playing a pansexual character,” Bernard tells ABC Radio. “I think Lauren helped me come into my own identity.”

She adds, “I often wonder if I’m pansexual or if I’m bisexual. Like, I don’t know. I’m trying to not have any labels these days and I think that might be because of Lauren’s influence on my life.”

Not only is Lauren having an impact on the actress who plays her, but the character’s connecting with fans as well.

“She’s her own person in this extremely colorful way,” Bernard says. “And it’s because it stems from her self-love and that I think allows her to then love other people…because to be a pansexual means it’s not about men or women. It’s about person or person. So she’s able to see that the people that she’s attracted to. And I think that’s got to be inspiring to people.”

As Younger starts winding down its sixth season, Bernard promises “high drama” for the whole cast — especially regarding the core love triangle of characters Liza, Charles and Josh.

“Things get really crazy from here on out, you guys,” she teases. “You’re gonna lose your minds. I think fans are really gonna like some of the surprises that are in store.”