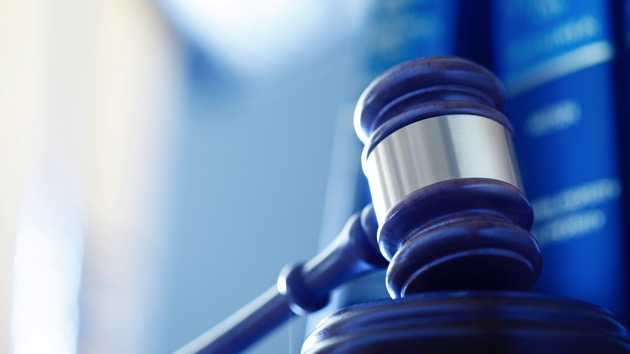 (NEW YORK) — A federal judge in New York on Tuesday dismissed a lawsuit filed by the Democratic National Committee against the Russian government, President Donald Trump’s 2016 campaign and Wikileaks that alleged a vast, international conspiracy to tip the scales of the 2016 presidential election.In an 81-page opinion, Judge John Koeltl wrote that the Russian government was the “primary wrongdoer” in the alleged plot to hack into the DNC’s systems and steal a trove of emails and documents.The publication of the emails by the anti-secrecy organization WikiLeaks was protected by the First Amendment, as was the praise and further dissemination of the emails by figures in the Trump campaign, Koeltl said.Trump, who as a candidate applauded WikiLeaks’ disclosures, was not named as a defendant in the case.The Russian government, in turn, was protected from the civil suit by U.S. foreign sovereignty law, the judge said, echoing Russia’s own response.The suit, which was filed in April 2018 and named high-profile defendants like Trump’s son Donald Trump, Jr., and Trump’s son-in-law, Jared Kushner, sparked a court battle of accusations and counter-accusations between the parties that mirrored the long-running public debates about Russia’s purported interference and any potential links to the Trump campaign.The DNC alleged an “act of previously unimaginable treachery: the campaign of the presidential nominee of a major party in league with a hostile foreign power to bolster its own chance to win the Presidency.” Specifically, the DNC accused the defendants of violations of the Racketeer Influenced and Corrupt Organization Act, known as RICO, in its lawsuit.Each defendant vigorously defended their respective roles in the alleged plot and sought to have the suit thrown out. In a motion to dismiss, the 2016 Trump campaign said the case was just a way for the Democrats to “explain away [the DNC] candidate’s defeat in the 2016 presidential election.”When special counsel Robert Mueller’s 448-page report on Russian interference was released in April 2019 and said that the 22-month investigation did not establish a criminal conspiracy between the campaign and the Russians, attorneys for the defendants renewed their arguments for dismissing the DNC suit. At the time, a source familiar with the DNC’s legal strategy told ABC News they were unbowed by Mueller’s finding and said that the bar for criminality was higher than for civil liability.On Tuesday, Judge Koeltl ruled against the DNC, emphasizing that they did not allege that anyone other than the Russian government participated in the hacking of their systems, and failed to “raise a factual allegation that suggests that any of the defendants were even aware that the Russian Federation was planning to hack the DNC’s computers until after it had already done so.”“The DNC argues that the various meetings and conversations between the defendants in this case and with persons connected to the Russian government during the time that Russian GRU agents were stealing the DNC’s information show that the defendants conspired with the Russian Federation to steal and disseminate the DNC’s materials,” Koeltl wrote. “That argument is entirely divorced from the facts actually alleged in the Second Amended complaint.”A spokesperson for the DNC, Xochitl Hinojosa, said the Democratic organization was still reviewing the decision.“At first glance, this opinion raises serious concerns about our protections from foreign election interference and the theft of private property to advance the interests of our enemies,” Hinojosa said. “At a time when the Trump administration and Republican leaders in Congress are ignoring warnings from the president’s own intelligence officials about foreign interference in the 2020 election, this should be of concern to anyone who cares about our democracy and the sanctity of our elections.”Trump hailed the lawsuit’s dismissal on Twitter, calling it a “total & complete” vindication of what the president called “hoax” allegations.And an attorney for Trump’s former political adviser and named defendant, Roger Stone, told ABC News Tuesday, “We are very pleased that the Court saw through the Democrats’ thin lawsuit.” Copyright © 2019, ABC Radio. All rights reserved.