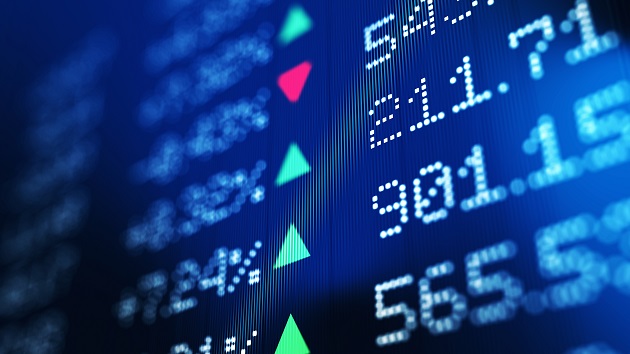 (NEW YORK) — The Federal Reserve is expected to cut interest rates for the first in 10 years on Wednesday, and the market appears to be shrugging it off.The Federal Open Market Committee is expected to announce a rate cut of 0.25% or 25 basis points — the first such move since the financial crisis in December 2008. Economists and market watchers will be waiting to see if the central bank signals further cuts this year.But how will the rate cut affect the average American?The answer, economists say, is not by very much.”It’ll be a small cut, it’s anticipated, so it’s already factored into longer-term interest rates like mortgage rates and auto loans,” Michael Feroli, chief U.S. economist at JPMorgan, told ABC News. “The change is already reflected. There may be a small change in things like a money market fund or CD deposits.”Mortgage rates are already pretty low, Feroli said, noting that a 30-year fixed rate mortgage was at 5.17% in November 2018, and last week it was 4.08%.Feroli also dismissed the notion that Federal Reserve Chairman Jerome Powell is caving into pressure from President Donald Trump to lower rates. Trump has been critical of Powell’s moves in the past.The question on most people’s minds is how many cuts will there be this year.”In May and June they [the Fed] got scared on potential fallout from the trade stuff, and talked themselves into a corner,” Feroli said, referring to an escalation in tensions in the ongoing trad negotiations between the U.S. and China. “Now if they didn’t deliver tomorrow, it would tough.”Other experts agreed.”The impact on fixed mortgage rates will be debatable,” LendingTree’s chief economist, Tendayi Kapfidze, said. “There is often a misconception that changes in the federal funds rate affect mortgage rates, this is not the case. Mortgage rates have already been declining since November and a Fed funds cut will likely have no impact.”However, there may be some movement in variable-rate products like adjustable-rate mortgages, or ARMs, and home-equity lines of credit, which are based on short-term rates.It’s also good news for holders of credit card debt.”Credit card interest rates track the bank prime rate, defined as 3% above the Fed funds target rate,” Kapfidze said. “Many credit card contracts do automatically adjust rates downwards, and some lenders may elect to keep rates unchanged to increase profits. Cardholders should call and ask for lower rates.”As Feroli noted, car loans aren’t likely to be impacted.”Interest rates have been squeezing car shopper wallets all year, so a Fed rate cut is certainly a move in a more favorable direction,” Jeremy Acevedo, senior manager of insights at auto research firm Edmunds, told ABC News. “However, this is a pretty modest cut, and the reality is that shoppers returning to the market for the first time after a few years are still going to be spending thousands more to finance their new car purchases thanks to rising vehicle costs and elevated interest rates.””We don’t expect to see more rate cuts moving forward,” Acevedo added, “so shoppers can’t count on this to open the floodgates for the zero percent finance deals that we saw a few years ago.”