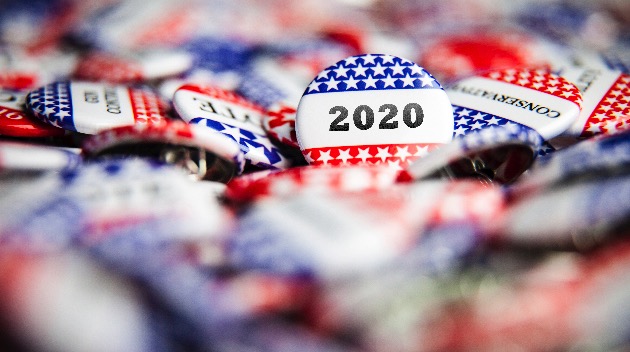 (WASHINGTON) — Some 20 presidential primary contenders return to a pair of stages on Tuesday and Wednesday seeking a breakout moment at the second Democratic debates.For the lower-polling candidates in the field, Detroit likely will be their last chance to impress a national audience.The consecutive debates, airing on CNN at 8 p.m. ET on Tuesday and Wednesday, are expected to be more contentious, picking up where the first debates in Miami left off: when former Vice President Joe Biden was relegated to playing defense after a game-changing moment for Sen. Kamala Harris, D-Calif., and other lesser-known candidates saw spikes in fundraising and polling following a much-needed breakout performance.For the last few weeks, campaign aides and surrogates have been sparring over policy in back-and-forth statements, cable TV appearances, and on social media, but now the candidates will have the chance to speak for themselves on their differences and present their visions for the country.The first 10 candidates who are set to square off on Tuesday are:

But beyond the two sets of polling front-runners potentially squaring off each night — Sanders and Warren sharing center stage on night one and Biden and Harris on night two — a parade of moderates will have the opportunity to take on the progressive stalwarts and some occupying the lower fundraising tiers will have the chance to directly confront Biden, even as he prepares for attacks from all sides.”As the clear front-runner, the attacks will once again be directed Joe Biden’s way,” a senior Biden campaign official told ABC News.A day prior to the first night of debate, a new Quinnipiac University poll, released Monday, put Biden comfortably back on top of the Democratic field, with 34 percent support and significant distance between him and the next polling tier of Warren (15 percent), Harris (12 percent) and Sanders (11 percent).On the first night, with the two liberals flanked by more moderate candidates, such as Bullock, Delaney, Hickenlooper, Klobuchar and Ryan, the ideological divide within the Democratic Party will be front and center.Sanders and Warren might potentially spend more time teaming up to champion their transformative progressive agendas and broadly shared vision for economic equality against criticism from the middle-of-the-road candidates, who might compete for minutes to take aim at “Medicare for All” and free public college.And for Buttigieg — who will stand shoulder-to-shoulder with Sanders, putting their age difference in the spotlight — the debate will allow him a chance to restore the rising prominence he saw in the early months of the primary, after several recent polls show stalling numbers among the middle of the pack.As he prepares for the debate, a senior Buttigieg campaign official told ABC News, he expects to “put himself more out there” as he is “feeling more confident.”But for most of the candidates on stage, the stakes for this two-night showdown are much higher after the Democratic National Committee announced more stringent qualifying rules for the September and October debates: candidates will need 2 percent in four qualifying polls and cross the 130,000 donor mark to qualify.Only seven candidates have qualified for the September debate, according to an ABC News analysis, including Biden, Sen. Cory Booker, D-N.J., Buttigieg, Harris, O’Rourke, Sanders and Warren. The rest of the field has only a month to go before the deadline.This year’s third Democratic primary debate will be hosted by ABC News in partnership with Univision and is scheduled for Sept. 12 and 13 at Texas Southern University, a public historically black university in Houston.This week’s debates in Michigan, the site of the heart of former Democratic nominee Hillary Clinton’s loss in the Midwest after then-candidate Trump carried the state by 0.3 percentage points, also come a week after former special counsel Robert Mueller’s nearly seven-hour testimony on Capitol Hill, when he raised the specter of Russian meddling in the 2020 election, after testifying that 2016 “wasn’t a single attempt … they expect to do it during the next campaign.”In a new ABC News/Ipsos poll, 54 percent of Americans said that they are not confident in the capability of the U.S. to effectively defend itself from potential foreign government interference in the 2020 presidential election. Only 17 percent said they were very confident and 27 percent were somewhat confident.But with concerns of foreign interference looming over the field, squabbles continue over the direction of the party. On Monday, the candidates engaged in an early preview of a debate over health care, after Harris released her Medicare for All plan, an offshoot of the Sanders’ bill he introduced and she co-signed, which includes a loophole to allow private insurers to offer Medicare plans during a 10 year period.Both Biden and Sanders’ campaigns immediately railed against her new proposal.”This new, have-it-every-which-way approach pushes the extremely challenging implementation of the Medicare for All part of this plan ten years into the future, meaning it would not occur on the watch of even a two-term administration. The result? A Bernie Sanders-lite Medicare for All and a refusal to be straight with the American middle class, who would have a large tax increase forced on them with this plan,” said Kate Bedingfield, deputy campaign manager for Biden.Sanders’ campaign manager Faiz Shakir, unleashed a sharp attack on Harris, saying in a statement, “Call it anything you want, but you can’t call this plan ‘Medicare for All."”Copyright © 2019, ABC Radio. All rights reserved.