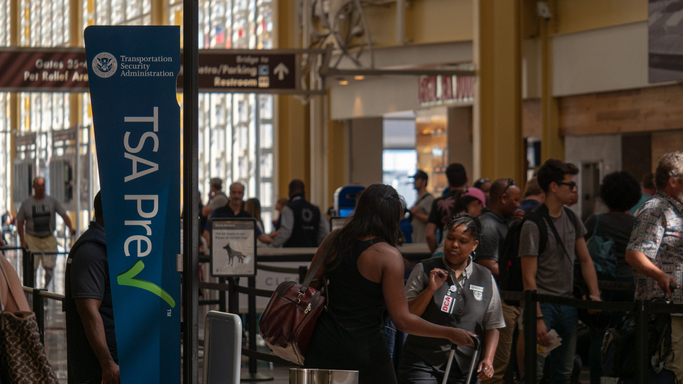 (MIAMI) — Two Transportation Security Administration officers have been placed on administrative leave after an “offensive display” was discovered in a baggage screening area at Miami International Airport.”TSA does not tolerate racist or offensive behavior and those found responsible will be held accountable for their actions,” the agency said in a statement on Tuesday. The names of the officers were not immediately released.Other officers at the Miami airport reported the display to management, and it was “immediately removed and an investigation was launched into who was responsible,” according to the TSA.The agency did not describe the display under investigation because it “runs absolutely counter to the values,” according to an official.

More than 600,000 flags on National Mall stand witness to America’s COVID dead
Priyanka Chopra responds to growing criticism over ‘The Activist’: “The show got it wrong”
‘Ted Lasso’? ‘WandaVision’? ‘Mare of Easttown’? Who will clean up on Sunday’s Emmy night?
These vaccine mandates are already in place to attend school in the US
What to expect as FDA advisory panel debates Pfizer COVID booster shots
Happy Halloween! Snoop Dogg and Martha Stewart reunite to bring tasty treats with new food competition