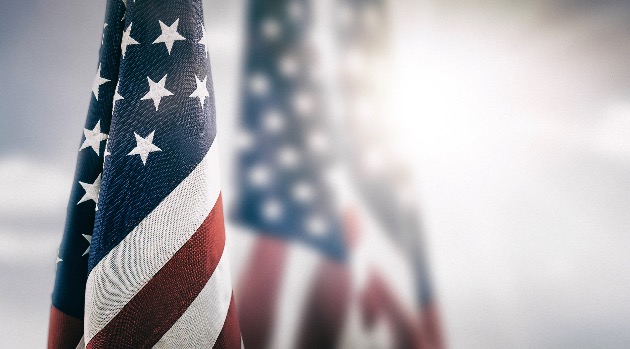 (WASHINGTON) — President Donald Trump’s pick for the next director of national intelligence, Rep. John Ratcliffe, R-Texas, has misrepresented his role in an anti-terrorism case that he’s repeatedly cited among his credentials related to national security issues.The apparent embellishment is related to two anti-terrorism financing trials in a case known as the U.S. v. Holy Land Foundation, the second of which resulted in convictions for several individuals found to have illegally funneled charity money to the U.S.-designated terrorist group Hamas.In a 2015 press release, Ratcliffe’s House website stated, “When serving by special appointment in U.S. v. Holy Land Foundation, he convicted individuals who were funneling money to Hamas behind the front of a charitable organization.”His official campaign website, in a February 2016 post, also touted his “special appointment as the prosecutor in U.S. v. Holy Land Foundation, one of the nation’s largest terrorism financing cases.”But ABC News could find no public court records that connect Ratcliffe to either of the two trials for the case. Former officials directly involved in the decade-long Holy Land Foundation investigation could not recall Ratcliffe having any role, and four former defense attorneys who served on the cases told ABC News on Monday they had no recollection of Ratcliffe being involved with any of the proceedings that resulted in the convictions of their clients.In a statement to ABC News, Ratcliffe’s office clarified that his status regarding the case was instead related to investigating issues surrounding what led to the mistrial in the first case.”Because the investigation did not result in any charges, it would not be in accordance with Department of Justice policies to make further details public,” Rachel Stephens, a spokesperson for Ratcliffe, said. “However, Department of Justice records will confirm that as both Chief of Anti-Terrorism and National Security for the Eastern District of Texas from 2004-2008, John Ratcliffe opened, managed and supervised numerous domestic and international terrorism related cases.”Stephens didn’t identify any specific terrorism cases prosecuted by Ratcliffe, however, and didn’t comment on the discrepancy between the previous statement on Ratcliffe’s website that he “convicted individuals who were funneling money to Hamas.””The lead prosecutor was [U.S. Attorney] Jim Jacks,” said Matthew Levitt, a former FBI analyst who served as the government’s expert witness in both trials. “I met with him every time. But I was only there (at the trial) for my testimony. I don’t think I’ve ever met John Ratcliffe. I didn’t even think of [the trial] when his name came up for DNI — it didn’t even occur to me.”A spokeswoman for the Northern District of Texas’ office referred requests for comment to Ratcliffe’s office. The Department of Justice referred questions on the matter to the White House.A senior Democratic aide on the Senate Intelligence Committee, where Ratcliffe would face a confirmation hearing, told ABC News Monday evening that it’s “safe to say we will be looking at his experience and record in intelligence-related issues.”Prior to his time as U.S. attorney, Ratcliffe was appointed by President George W. Bush as chief of anti-terrorism and national security in the Eastern District of Texas. According to the U.S. attorney who led the office at the time, Matthew Orwig, Ratcliffe worked on several cases involving domestic and international terrorism, but declined to name specific cases.”People see trials and people see the high-profile stuff, and that’s really just a tiny percentage of the great work that’s done by law enforcement every day since 9/11,” Orwig told ABC News. “When you think about it, for the last 15 years, he’s very much been in the national security arena, first as anti-terrorism coordinator, then as U.S. attorney, then as a congressman on the Judiciary Committee, the Homeland Security Committee and the Intelligence Committee.””I can’t think of anyone who would have a better background that equips them for the position,” Orwig added.Ratcliffe has also made questionable claims about his exact role in targeting undocumented immigrants. His campaign has claimed more than once that he “arrested 300 illegal aliens in a single day.”But in April 2008, when nearly 300 undocumented immigrants were arrested in raids tied to Texas poultry plants, those happened not only in Texas but in Florida, Tennessee, Arkansas and West Virginia. And at the time, Ratcliffe made clear that it was federal agents who made the arrests.In June 2017, another Ratcliffe press release was more nuanced about his role in the raids as U.S. attorney, saying his “work led to the arrest of more than 300 illegal aliens in a single day.” Copyright © 2019, ABC Radio. All rights reserved.