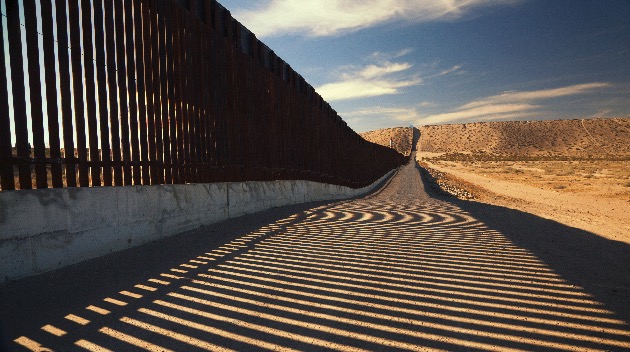 (SUNLAND PARK, N.M.) — As the debate over immigration and funding for a border wall marches on, two professors are using see-saws to bring fun and unity to the U.S. and Mexico border.The bright pink, custom-made see-saws were brought Monday to Sunland Park, N.M., which is separated from neighboring Ciudad Juárez, Mexico, by a slatted border wall fence.The see-saws, built to be able to fit through the slats of the fence, turned into an interactive playground right on the border as kids on the Mexico side of the wall ran up to play on them.The see-saws are the brainchild of Ronald Rael, an architecture professor at the University of California-Berkeley, and Virginia San Fratello, associate professor of interior design at San Jose State University.The pair, who did not immediately reply for comment, came up with the idea for what they call the Teetertotter Wall in 2009.When they finally unveiled their project in New Mexico on Sunday, it was a spontaneous moment because the people in Mexico did not know in advance that the see-saws would be there, according to the University of California.Rael described the event Monday as one “filled with joy, excitement and togetherness.””The wall became a literal fulcrum for U.S. – Mexico relations,” he shared on Instagram. “And children and adults were connected in meaningful ways on both sides with the recognition that the actions that take place on one side have a direct consequence on the other side.”Copyright © 2019, ABC Radio. All rights reserved.