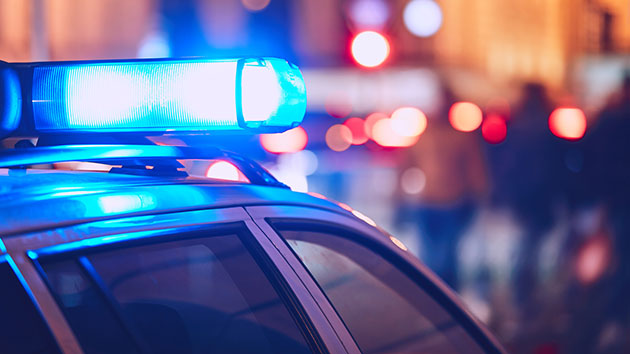 (SOUTHHAVEN, Miss.) — Two Walmart employees were gunned down — allegedly by a co-worker — at their Mississippi store on Tuesday, according to the company.The victims were “senselessly murdered” at a store in Southaven, about 13 miles south of Memphis, at about 6:30 a.m. local time, Southaven police chief Macon Moore said.When two officers confronted the suspect outside the Walmart, one officer was shot by the suspect, Moore said at a news conference.The officer was saved by his bulletproof vest and is now in the hospital recovering, Moore said.The suspected shooter was then shot twice by an officer and taken to a hospital to undergo surgery, Moore said.”There’s no doubt” the active shooter training session two weeks ago “saved lives today,” Moore said.The suspect, who has not been named, is a current employee at that store, Walmart spokesman Randy Hargrove told ABC News.Hargrove said both victims were Walmart associates.”The entire Walmart family is heartbroken by the loss of two valued members of our team,” Greg Foran, president and CEO of Walmart U.S., said in a statement.”We feel tragedies like this personally, and our hearts go out to the families of our two associates and the officer who was injured,” Foran said. “We are relieved the suspect was apprehended, and we appreciate the quick response of the local authorities and our associates. We’ll continue to focus on assisting law enforcement in their investigation and on supporting our associates.”Victims’ names have not been released.The Southaven Police Department is handling the criminal investigation into the assault on Walmart employees while the Mississippi Bureau of Investigation will examine the officer-involved shooting, said Moore.