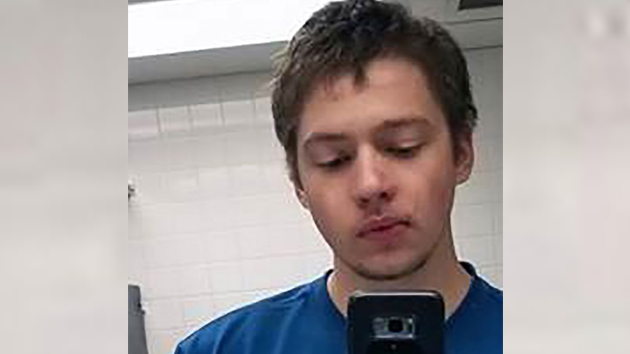 (GILROY, Calif.) — The 19-year-old who police say opened fire at a food festival in a small Californian town hailed from a well-known family in the agricultural community.Authorities have identified Santino William Legan as the shooter who killed three festival attendees and injured more than a dozen others before he was fatally shot by responding officers.He spent some of his teenage years attending school in Watsonville, California, which is about a 30-minute drive from Gilroy, where the festival was held.The administrators of Monte Vista Christian School released a statement to local ABC station KABC, sharing their “deepest condolences” and confirming the alleged shooter’s connection to their school.In the statement, they confirmed that “the alleged perpetrator attended our school from Fall 2013 until Spring 2016 for his freshman through junior years of high school. At that time, he transferred to Gilroy High School.”His time after high school is less certain. Records say he was living in Walker Lake, Nevada, but authorities told reporters investigators are not yet certain if, at the time of the shooting, he was staying in Nevada or at one of his family’s residences in Gilroy, California.His family has roots in the area, and his grandfather was a local official. Tom Legan, the suspected shooter’s now-deceased grandfather, was on the Santa Clara County Board of Supervisors in the 1980s. While in his second term in the position, he was tried and acquitted of molesting his elder daughter, and maintained his innocence throughout the case. According to a 2012 article in The Mercury News, he remained in his seat during the case but lost his 1988 reelection bid four days after his acquittal.Tom Legan died in 2018, according to his obituary, and had served as a nuclear weapons officer in Korea while in the military. The obituary notes that he was confined to a wheelchair in 2002 as a result of traffic related injuries.The suspected shooter’s father, who is also named Tom LeGan but appears to use an alternate capitalization, is a runner who has has competed in a World Masters Championship and other races, according to MastersTrack.com.Santino Legan and his brothers reportedly took up boxing. Local reports state he and his brothers, including his brother Rosino LeGan who attended Santa Clara University, sparred together and trained at a local athletic facility as well as likely using the amateur boxing arena built in the family’s garage, according to an article in the local newspaper, the Gilroy Dispatch, about his brother’s boxing career.Investigators are looking into not only the suspected shooter’s upbringing, but his mental state and social media postings for any possible indication of a motive.Multiple officials briefed on the probe told ABC News that investigators are aware of recent Instagram posts from Legan that include white supremacist or white power messaging, and those posts are now part of the active investigation.One entry appears to have been posted Sunday from the Garlic Festival shortly before the shooting and features him criticizing the event.Another message posted Sunday makes reference to a book popular among white supremacists and viewed by some as a movement manifesto. In the post, he also criticizes people of mixed racial heritage.The law enforcement officials caution that while they are investigating the social media posts, they do not believe the posts prove Legan’s motive was domestic terrorism.Though the authorities said they do not yet know the motive for the massacre, they believe it could turn out that Legan was simply another angry and unstable man who acted out violently and used racial and ethnic anger to justify the shooting he was apparently contemplating.Law enforcement officials told ABC News the AK-47 variant weapon he used was legally purchased in Nevada. Authorities say he broke the law by bringing the gun across state lines into California, where such semi-automatic rifles are banned.Legan’s family is cooperating with investigators.