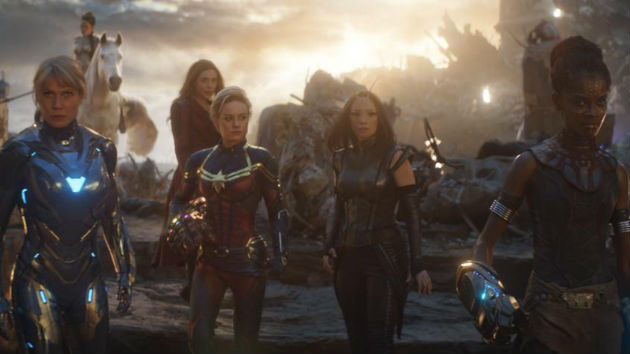 (LOS ANGELES) — Marvel movie fans don’t need the reminder — chances are, they’ve already watched it at least once — but Avengers: Endgame has been available for digital download since midnight.

The highest grossing film of all time has follows the devastating events of last year’s Avengers: Infinity War, when Josh Brolin’s Thanos wiped out half of all living creatures with the snap of his Infinity Gauntlet-wearing fingers.

“That day was IN-SANE!” Gillan gushes in the feature. “We were all in it together and it felt electric…”

Paltrow adds, “I normally don’t watch a playback on the monitor. But I wanted to see that reveal of all The Women of Marvel. And I thought it was really powerful and really exhilarating…”

Alaska once had the highest vaccination rate. Now it’s in a COVID-19 crisis.
In theaters now: Gerard Butler and Frank Grillo in the “irreverent, explosive” ‘COPSHOP’
Digital hunting licenses now available for download
Now you can own James Bond’s DB5 — the book, that is
Ken Jennings, Mayim Bialik to host ‘Jeopardy!’ for remainder of 2021
Fence goes up around US Capitol, as law enforcement braces for Sept. 18 protest