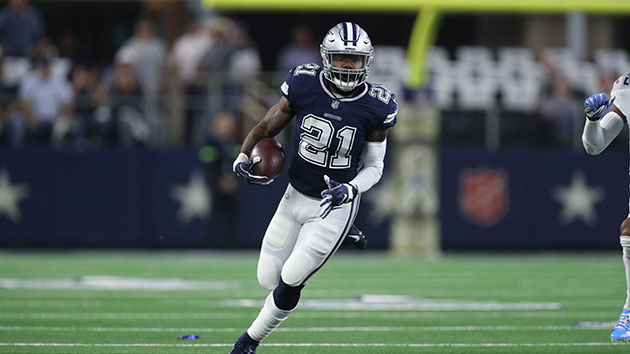 (OXNARD, Calif.) — Days into Ezekiel Elliott’s training camp holdout, the Dallas Cowboys announced they will sign a former member of the team to temporarily take his place.Dallas the announcement Monday night, saying they will sign Alfred Morris, who was played for the franchise from 2016-17.ESPN reports the Cowboys are continuing discussions with Elliott’s agent regarding a contract extension, though no new agreement is imminent. Elliott is still playing under his rookie contract and is interested in signing a new deal.The 30-year-old Morris played for the San Francisco 49ers last season and spent the first four years of his career as a member of the Washington Redskins. The Cowboys placed Elliott on the reserve/did not report list, so they did not have to make a move to add Morris to their roster.Elliott is scheduled to make $3.853 million this season and is under contract through 2020. He is subject to a $40,000 fine for each day of training camp he misses. If Elliott does not report to training camp by Aug. 6, he will not earn an accrued season toward free agency.Copyright © 2019, ABC Radio. All rights reserved.