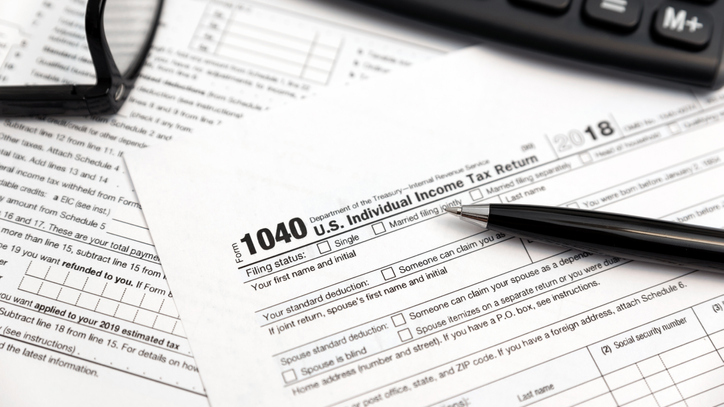 (LOS ANGELES) — California Gov. Gavin Newsom signed a bill Tuesday requiring all presidential candidates, including President Donald Trump, to fork over their tax returns if they wish to appear on the state’s primary election ballot.“As one of the largest economies in the world and home to one in nine Americans eligible to vote, California has a special responsibility to require this information of presidential and gubernatorial candidates,” Newsom said in a statement.While the law is expected to be challenged, Trump could sidestep its requirement by not competing in the California primary. With little competition for the Republican Party nomination, Trump could still secure the nomination without running in the Golden State.Newsom, a Democrat, signed into law the Presidential Tax Transparency & Accountability Act, which was approved by the state legislature earlier this month by a 57-17 vote in the state Assembly on 29-10 vote in the state Senate.“These are extraordinary times and states have a legal and moral duty to do everything in their power to ensure leaders seeking the highest offices meet minimal standards, and to restore public confidence,” Newsom said in his statement. “The disclosure required by this bill will shed light on conflicts of interest, self-dealing, or influence from domestic and foreign business interest.”The California legislature passed a similar bill in 2017, but then-Gov. Jerry Brown, also a Democrat, vetoed it. Brown declined to approve the bill saying, to “start down a road that well might lead to an ever-escalating set of differing state requirements for presidential candidates.”Trump broke with modern precedent as a White House candidate in 2016 when he refused to release his returns, and has continued to do so while in office. Most presidents since Richard Nixon have voluntarily released their tax returns over the past 40 years, which is not required by law.The president has said he continues to be under audit from the Internal Revenue Service, which the agency will not confirm or deny.In May, House Democrats on the Ways and Means Committee subpoenaed the Internal Revenue Service commissioner and the Treasury secretary for six years of Trump’s tax returns. The request was rejected.In a letter to the Democratic chairman of the House Ways and Means Committee, Treasury Secretary Steve Mnuchin repeated his previous argument that the Justice Department had advised him that the Democratic demand had no “legitimate legislative purpose.”Mnuchin accused House Democrats of “weaponizing the IRS” by trying to obtain Trump’s tax returns and suggested the battle may ultimately have to be decided by the courts.Earlier this month, House Democrats escalated the standoff with the White House by filing a lawsuit against the Trump administration seeking six years of the president’s tax returns.

More evacuations ordered in California as wildfires threaten giant sequoia trees
A family promise led her to Mount Cristo Rey, the site of a pilgrimage for those seeking a miracle
SpaceX’s 1st all-civilian crew returns to Earth after successful mission
SpaceX’s 1st all-civilian crew set to splashdown Saturday night
Latinos in sports are drawing on their heritage to inspire others
Drake Bell posts to Instagram following guilty plea on child endangerment charges