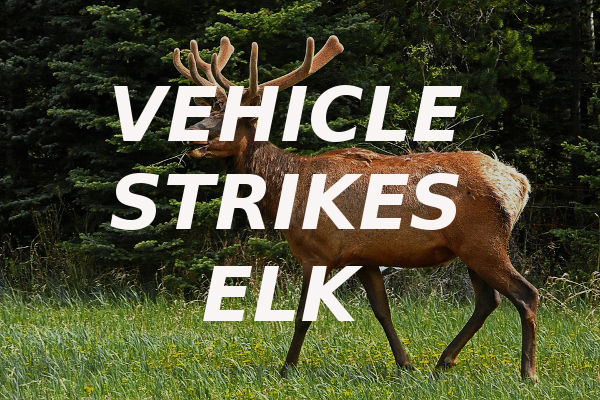 Jay Township, PA – No one was injured, but two vehicles struck an elk in Elk County over the weekend.

59-year-old Stephen Tingle from Brockway had been driving on Route 255, also known as Bennetts Valley Highway, around 9:30 Saturday night.

An elk ran into the roadway, and Tingle was unable to avoid striking it with his Dodge Durango.

He and his passenger, 80-year-old Helen Fustine from Brockway, were both uninjured.

Within seconds of the first crash, the elk was struck by another car coming in the opposite direction, driven by 33-year-old Joshua Craig from St. Marys. He was also uninjured.

Everyone had been wearing their seat belts.