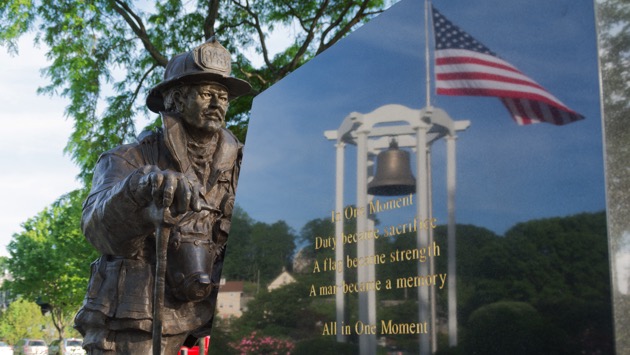 (WASHINGTON) — Surrounded by 9/11 first responders and their families, President Donald Trump signed the bipartisan 9/11 Victim Compensation bill into law Monday morning at a Rose Garden ceremony at the White House.”They answered terror with the emotional strength of true American warriors,” Trump said, and asked the first responders to stand. “You inspire all of humanity.””In the wake of the Sept. 11 attacks, courageous Americans raced into smoke, fire and debris in lower Manhattan, the Pentagon and a field in Shanksville, Pennsylvania. The whole world witnessed the might and resilience of our nation in the extraordinary men and women of the New York Fire Department and the New York Police Department, selfless patriots of unmatched character and devotion,” Trump, who lived in Manhattan during the attacks, said. “I grew up with them so I can tell you that’s absolutely true.”Last week, the Senate voted by a count of 97-2 to permanently replenish the fund that would benefit police officers, fire fighters and other first responders who suffered harm or were killed because of the Sept. 11 terrorist attack. Without the reauthorization, the $7.4 billion fund would run out of money by December 2020.The signing was attended by more than 60 first responders and victims’ families, as well as former New York Gov. George Pataki and former New York City Mayor Rudy Giuliani, who served during the terrorist attacks, and Republican lawmakers. None of the Democratic sponsors of the bill were present in the Rose Garden, although all members of Congress were invited to the signing, according to a White House official.A spokesperson for Rep. Carolyn Maloney, D-N.Y., the lead sponsor and author of the bill Trump signed into law Monday, told ABC News, “The Congresswoman did not receive an invite to today’s bill signing nor did a staff member receive one on her behalf.”The families of the bill’s namesakes, New York Police Department Detective James Zadroga, East Meadow, New York, volunteer firefighter Ray Pfeifer, and New York City Detective Lou Alvarez, joined the president in the Rose Garden. Alvarez died of cancer just weeks after delivering a heartbreaking plea to Congress for the bill.”Our whole nation prays and pays tribute to the incredible life and legacy of Detective Alvarez — how hard he worked and how much he suffered. And we really want to thank him. He was really something,” Trump said.The president noted “many of those affected were firefighters, police officers, and other first responders,” and then claimed, “and I was down there also, but I’m not considering myself a first responder. But I was down there. I spent a lot of time down there with you.”Since the fund was reopened in 2011, the program has paid awards to about 22,400 people at a cost of about $5.2 billion, according to the Congressional Budget Office (CBO). Many of the claims went to pay people for cancer, and the CBO notes that since 2017 the share of awards for cancer-related illnesses rose to 45 percent.Former “The Daily Show” host Jon Stewart helped bring attention to the fund with an emotional speech before Congress in June but was not able to attend the ceremony due to a family obligation.”They responded in five seconds,” Stewart told lawmakers in a passionate speech. “They did their jobs. With courage grace, tenacity, humility. Eighteen years later, do yours.”After the ceremony, John Feal, a first responder who helped lead the effort to set up long-term funding for those sick with World Trade Center-related illnesses along with Stewart, told ABC News he was “relieved” by the bill’s passage.”I’m relieved that the 9/11 community is going to be lifted of a financial burden. There’s no celebrating knowing that there are people who are sick and dying, the bill is not going to save anyone’s lives but the bill is going to give financial relief…so for the 9/11 community this is a victory for them.” Copyright © 2019, ABC Radio. All rights reserved.