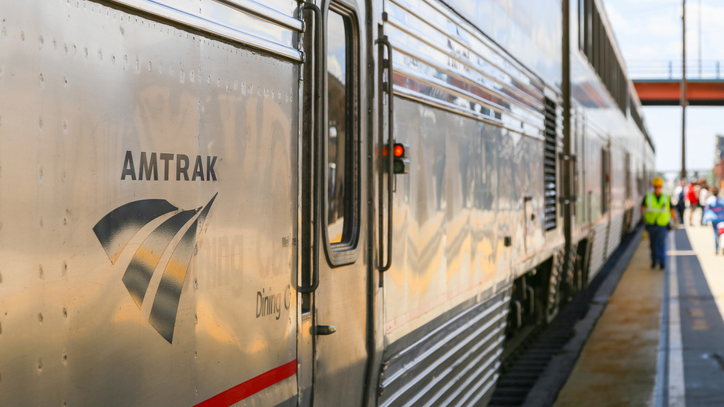 (CHICAGO) — An Amtrak train struck a box truck in northern Illinois on Sunday night, killing the truck’s driver, authorities said.The train slammed into the vehicle at a crossing on the tracks south of University Park Metra Station, some 30 miles from Chicago, on Sunday around 5 p.m. local time. The crash derailed five of the train’s passenger cars and one locomotive, all of which remained upright, according to a statement from Amtrak, which said it was “working to secure alternate transportation to get passengers to their destination.”The train, headed to Carbondale from Chicago, was travelling at 70 mph when it hit the truck and killed the driver, according to University Park Fire Department Deputy Chief Shawn Richards.There were about 300 passengers on the train, along with five crew members. Two passengers were taken to a local hospital with minor injuries, Richards said.Amtrak spokesman Marc Magliari said it appears the crossing signals were working at the time of the incident. Copyright © 2019, ABC Radio. All rights reserved.