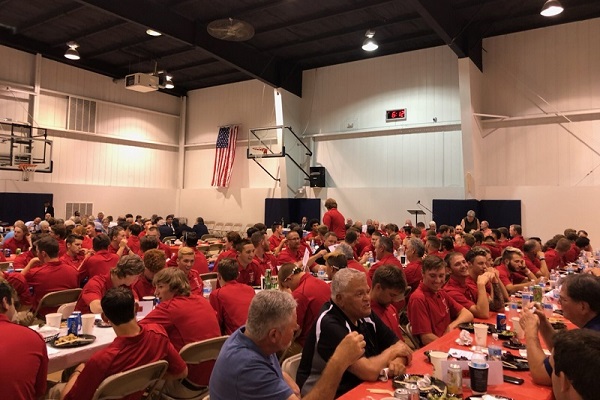 Congrats as well to Neil Walker, formerly of the Pittsburgh Pirates, Graduate of the Year for the American Legion! His father, Tom Walker (also a major leaguer), accepted the award on his behalf.

The American Legion Baseball State Championships continue tonight at Showers Field. Tonight will be Faith Night during Game 11 at 7 p.m. Churches are invited to attend the game and show our out-of-town guests why DuBois is such a special place.

The tournament is even more special this year because it’s the DuBois American Legion’s 100th anniversary!

Thank you to the George Montgomery American Legion Post 17, City of DuBois, and all the donors for their help making this possible!

Continue reading for the full schedule.

Listen to the full interview with Barry Abbott from the DuBois American Legion Post 17.

American Legion Post 17 is still accepting donations to help pay for the housing and eating for the teams coming into DuBois. Please reach out to Barry Abbott at the American Legion.

Athletes will be entering the stadium to showcase who made it to the championships with a walk around the stadium, showing who will be facing each other in games 1-4.

Special activities prior to the big Championship game!

The game will be broadcast live on PCN Television.

There will also do a special TV spot about DuBois, highing and showcasing our city, the American Legion, and Shower’s Field