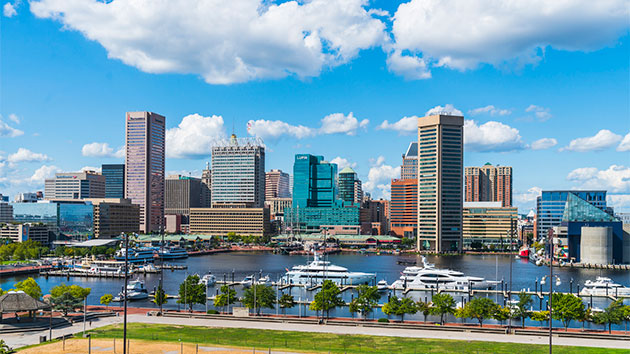 (WASHINGTON) —  President Trump on Saturday lashed out at Rep. Elijah Cummings and described Baltimore — part of which the congressman represents — as a “a disgusting, rat and rodent infested mess” in which “no human being would want to live.”

The attack came over a week after the Democratic leader, who is chair of the House Oversight Committee, criticized the Trump administration’s immigration policy and became visibly angry when discussing its use of family separations — taking Acting Homeland Security Secretary Kevin McAleenan to task — and about an hour after a Fox News segment portrayed Baltimore as dirty and dangerous.

On Saturday, Trump called Cummings “a brutal bully” and said Baltimore was “FAR WORSE and more dangerous” than the U.S.-Mexico border.

“His district is considered the Worst in the USA,” Trump said, calling it “a disgusting, rat and rodent infested mess” and a “very dangerous & filthy place.”

Why is so much money sent to the Elijah Cummings district when it is considered the worst run and most dangerous anywhere in the United States. No human being would want to live there. Where is all this money going? How much is stolen? Investigate this corrupt mess immediately!

The president employed language similar to what he has used before to describe political opponents of color and majority black areas.

Cummings represents Maryland’s seventh congressional district, which encompasses parts of Baltimore and the surrounding area. He is black, as are 53% of his constituents, according to census data.

In January 2017, the president launched a similar Twitter salvo on another African American lawmaker, Rep. John Lewis (D-Ga.), a civil rights icon Trump said should “focus on the burning and crime infested inner-cities of the U.S.” and “should spend more time on fixing and helping his district, which is in horrible shape and falling apart (not to…… mention crime infested).”

House Speaker Nancy Pelosi tweeted in defense of Cummings, calling him “a champion in the Congress and the country for civil rights and economic justice, a beloved leader in Baltimore, and deeply valued colleague.”

“We all reject racist attacks against him,” she added.

.@RepCummings is a champion in the Congress and the country for civil rights and economic justice, a beloved leader in Baltimore, and deeply valued colleague. We all reject racist attacks against him and support his steadfast leadership. #ElijahCummingsIsAPatriot https://t.co/2LG8AuQrHh

“It’s completely unacceptable for the political leader of our country to denigrate a vibrant American City like Baltimore, and to viciously attack U.S. Representative Elijah Cummings a patriot and a hero,” Young, a Democrat, said. “Mr. Trump’s rhetoric is hurtful and dangerous to the people he’s sworn to represent.”

The president’s tweet storm Saturday came nearly two weeks after he fired off tweets attacking four Democratic congresswomen of color — whose nickname is “The Squad” — and a week and a half after he did not stop supporters at a rally from chanting “send her back” about one of the women.

Cummings on Friday launched a full-throated defense of several of the congresswomen, whom Trump has attempted to portray as radical, socialism-supporting political foils.

“I believe with all my heart that they are some of the hardest working members of my committee,” Cummings said.

On Sunday, he told “This Week” that he thought Trump was a racist.

Trump has said his tweets attacking the women were not racist. In recent days, he has also made a point of trying to free A$AP Rocky, a black rapper detained in Sweden, after, he said, “many, many members of the African American community called me.”

The Fox News segment that appeared to inspire Trump’s comments on Cummings featured a Maryland Republican strategist, Kimberly Klacik, and her videos of Baltimore showing abandoned homes and piles of trash.

“A lot of people said he hasn’t even been there in a while,” Klacik claimed.

She said people she spoke to in Cummings’ district supported Trump’s immigration policies.

Cummings on Saturday disputed that he was rarely there.

“Mr. President, I go home to my district daily,” he wrote on Twitter. “Each morning, I wake up, and I go and fight for my neighbors.”

Mr. President, I go home to my district daily. Each morning, I wake up, and I go and fight for my neighbors.It is my constitutional duty to conduct oversight of the Executive Branch. But, it is my moral duty to fight for my constituents.

The back-and-forth came two days after the House Oversight Committee, which Cummings chairs, voted to authorize subpoenas for business-related personal emails and text messages as part of a wide-ranging investigation into whether senior administration officials broke federal records laws by using private accounts for official purposes.

“It is my constitutional duty to conduct oversight of the Executive Branch,” Cummings added on Twitter Saturday. “But, it is my moral duty to fight for my constituents.”

Trump has in the past pledged to help Baltimore.

The U.S. Environmental Protection Agency in February issued a $202 million loan to Baltimore to improve its wastewater infrastructure — which EPA Administrator Andrew Wheeler highlighted at an April White House event with the president.

The Trump administration also has for months promoted “opportunity zones” — impoverished areas across the country into which, thanks to the Republican-backed 2017 tax law, investors can pump money to get tax breaks. There are 42 in Baltimore.

In December, when Trump signed an executive order establishing the council overseeing the zones, he specifically pledged to support Baltimore.

The president had even planned to travel to the city that day, but the White House canceled that trip, blaming scheduling issues and holding an event at the White House instead, according to The Baltimore Sun.