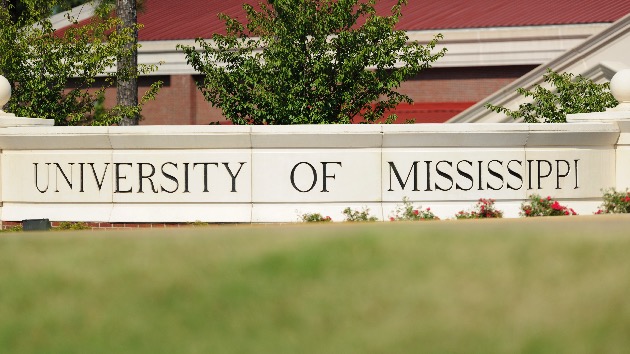 (HARMONTOWN, Miss.) — Ole Miss student Alexandria “Ally” Kostial will be laid to rest on Saturday, one week after the 21-year-old was killed.Her body, riddled with multiple gunshot wounds, was discovered July 20 in Harmontown, Mississippi, about 30 miles from campus.Kostial’s Ole Miss classmate, 22-year-old Brandon Theesfeld, was arrested for murder Monday.No motive has been released.Theesfeld, who is in custody in Lafayette County, Mississippi, has not yet entered a plea. His defense attorney, Tony Farese, told ABC News Thursday that he plans to enter a not guilty plea.Kostial, a St. Louis native, was studying marketing at Ole Miss’ School of Business Administration. She had been at Ole Miss this month for summer school, according to her father.She was also a fitness instructor at the campus recreation center and a former member of the Alpha Phi sorority, said Kassidy Desnoyer, her friend from high school and college.”She spent her summers going on mission trips. She cared about people and just wanted to help,” Desnoyer told ABC News. “She was the brightest light I’ve ever came across.”Kostial’s high school friend, Casey Hendrickson, said she was one of the “most positive, radiant people I’ve ever met.””Always smiling, always happy,” Hendrickson told ABC News. “Never had a bad thing to say about literally anyone.””She knew how to make everyone laugh. She knew how to make everyone feel loved,” college friend Rachel Macdonald told ABC News. “She went out of her way for anyone, whether she knew them or not.””No matter what came her way,” Macdonald said, “she tried to make a positive out of the situation.”Copyright © 2019, ABC Radio. All rights reserved.

More than 600,000 flags on National Mall stand witness to America’s COVID dead
Priyanka Chopra responds to growing criticism over ‘The Activist’: “The show got it wrong”
How COVID-19 hybrid immunity could be a potential pandemic game-changer
These vaccine mandates are already in place to attend school in the US
What to expect as FDA advisory panel debates Pfizer COVID booster shots
Happy Halloween! Snoop Dogg and Martha Stewart reunite to bring tasty treats with new food competition