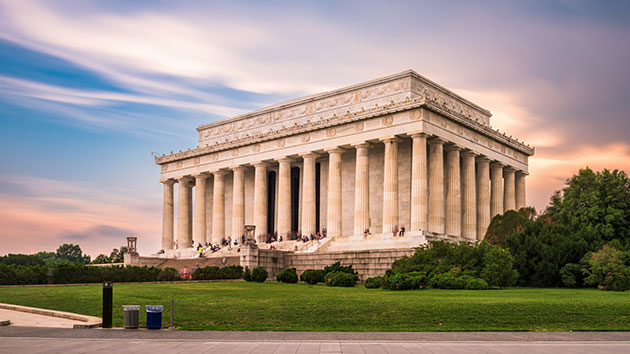 (WASHINGTON) — A federal judge has thrown out a Kentucky teen’s lawsuit against the Washington Post for its coverage of his viral encounter with a Native American activist at the Lincoln Memorial back in January.Nicholas Sandmann, a student of Covington High School gained public notoriety after a video emerged of him wearing a “Make American Great Again” hat while standing in front of activist Nathan Phillips, while being cheered on by his fellow classmates.Phillips, who was seen on the video beating a drum and singing while surrounded by the teenagers, claimed the the group yelled derogatory comments at him before the stare down took place. Sandmann disputed the claim in a statement, saying he believed “that by remaining motionless and calm, I was helping to diffuse the situation.”In the wake of the incident and subsequent coverage, Sandmann’s parents filed a complaint alleging the Post “ignored basic journalist standards because it wanted to advance its well-known and easily documented, biased agenda against President Donald J. Trump (“the President”) by impugning individuals perceived to be supporters of the President.”Sandmann said he received death threats in the aftermath of the news stories published on the encounter.The suit sought $250 million in damages.On Friday, the federal judge overseeing the case granted the Post’s motion to dismiss, ceding to Sandmann that “The Court accepts Sandmann’s statement that, when he was standing motionless in the confrontation with Phillips, his intent was to calm the situation and not to impede or block anyone.”The judge’s ruling added that “however, Phillips did not see it that way.”“He [Phillips] passed these conclusions on to The Post,” the judge wrote. “They may have been erroneous, but, as discussed above, they are opinion protected by the First Amendment.”Copyright © 2019, ABC Radio. All rights reserved.

Anita Hill reflects on Clarence Thomas testimony, her 30-year fight against gender violence
“I got my a** kicked for speaking up”: Katherine Heigl supports union by revisiting controversial comments
COVID-19 live updates: CDC director stands by decision to overrule panel on boosters
Female US service member allegedly assaulted by male Afghan refugees at Fort Bliss
Biden tries to salvage agenda threatened by Democratic infighting
Uma Thurman reveals she had an abortion when she was a teen: “It has been my darkest secret until now”