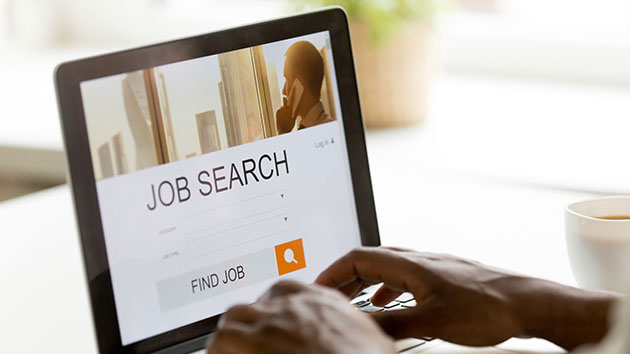 (NEW YORK) — Want to get a raise? The answer may be in getting a new job.Americans who switch jobs are getting bigger raises than those who stay with the same company, especially if you’re in tech or construction, according to new survey results from the ADP Research Institute.The report’s findings come during a period of historically low unemployment that favors employees, and an increase in laws that ban employers from asking employees’ salary histories.On Friday, New Jersey joined New York, California and several other states banning inquiries into job applicants’ salary history.Workers who switched jobs saw average wage growth of 5.3% compared to their colleagues who remained at their former jobs from a year earlier, according to the ADP report.”It is definitely the case,” recruiter Amy Cole told ABC News. “If someone would like to make a significant leap, the truth is they’d have to leave their company.”However, it’s generally looking good for everyone.People with jobs, switching jobs and new workers are all averaging raises of about 5% or better on an individual basis, compared to last year.”More broadly, wage growth has averaged 3.7% so far in 2019 compared with a 2.8% average in 2018 and is consistent with a tightening labor market,” study’s authors wrote.Copyright © 2019, ABC Radio. All rights reserved.

Army Gen. Mark Milley was ‘not going rogue’ in secret calls to China, authors of new book claim
Biden administration to ease restrictions on travelers to US in November
23-year-old woman uses TikTok to highlight influential Latinas
Traveling over the holidays? Here’s how to stay safe from COVID-19
COVID-19 updates: More than 10,000 new deaths reported in US in one week
Biden had slow adjustment to ‘cold’ White House, new book claims