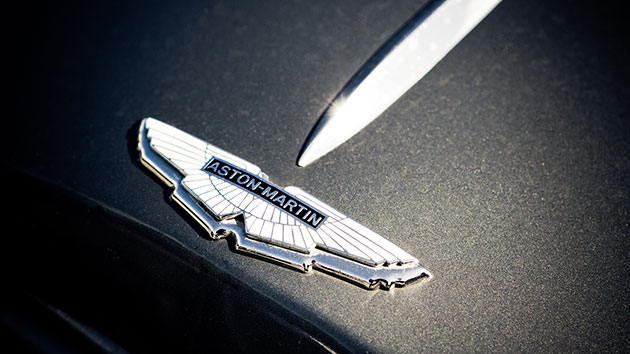 (MONTEREY, Calif.) — One of the most famous cars in the world could be yours next month.RM Sotheby’s will be auctioning off a 1965 Aston Martin DB5 next month in Monterey, California. The famed car, one of three remaining vehicles commissioned by Eon Productions for the Bond movies “Goldfinger” and “Thunderball,” is expected to fetch between $4 million and $6 million.The car went on tour in the United States in 1965 to promote “Thunderball” and likely made a cameo in the movies.The silver two-seater comes fitted with all the MI6-specified gadgets that helped make Bond a superstar: a rear bullet-proof screen, revolving license plates, tire slashers, a Browning .30 caliber machine gun in the fenders, smoke screen dispensers and passenger seat ejection system. The gadgets, all 13 of them, are fully functional. Even better: the right-hand drive car is street legal.RM Sotheby’s sold the exact same DB5, chassis no. 2008/R, to the current owner for more than $2 million in 2006. Prior to that sale, it belonged to the now-defunct Smoky Mountain Museum in Tennessee, where it was displayed in a Plexiglass box, according to Ian Kelleher, chief marketing officer at RM Sotheby’s. Although most of the car was original, the new owner worked with Aston Martin to restore it.”It was taken apart and rebuilt as new,” he said.The DB5 has 18,535 miles on it but the current owner, a serious collector, rarely drove it, Kelleher told ABC News. It will be the highlight of RM Sotheby’s “An evening with Aston Martin” auction in California, where more than 30 of Aston’s illustrious cars will be up for sale.Kelleher, who called the DB5’s estimate “conservative,” said its beauty “transcends car collecting, pop culture and entertainment memorabilia.” The excitement surrounding this car also increases interest in Aston Martin’s modern supercars and grand tourers, he said.”Aston Martin is a niche brand,” he said, adding, “It would be their loss if they don’t capitalize” on the Bond connection.Laura Schwab, president of Aston Martin The Americas, told ABC News the DB5 is incredibly important to the British automaker’s heritage.”Bond and Aston Martin go hand-in-hand,” she said. “The two have become so synonymous with one another. To have that type of beautiful partnership between the two brands is really special, really unique. And when you say Aston Martin to people, their immediate response is, ‘That’s James Bond’s car."”Aston Martin has recently leveraged its long-standing association with Bond by producing so-called continuation cars at its Aston Martin Works facility in Newport Pagnell, U.K. There’s a DB4 GT Zagato continuation car, a DBS Superleggera special edition that celebrates the 50th anniversary of the sixth James Bond film “On Her Majesty’s Secret Service” and a recreation of the DB5 in “Goldfinger” that includes many of the same gadgets seen in the movie car.The most expensive Aston Martin to ever sell at auction is the DBR1. The sports car, which won the prestigious 24 Hours of Le Mans race in 1959, was sold by RM Sotheby’s in 2018 for $22.5 million.Copyright © 2019, ABC Radio. All rights reserved.